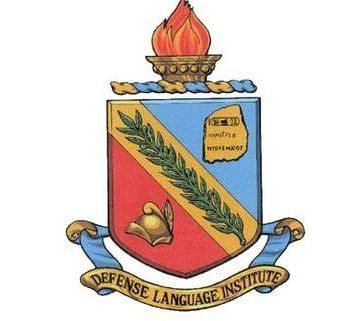 I have spent many hours speaking at length with the generals who ran our wars in the Middle East, like David Petraeus, James E. Cartwright, and Martin E. Dempsey. To get the boots on the ground view, I attended the graduation of a friend at the Defense Language Institute in Monterey, California, the world’s preeminent language training facility.

As I circulated at the reception at the once top-secret installation, I heard the same view repeated over and over in the many conversations swirling around me. While we can handily beat armies, defeating an idea is impossible. With the planet’s fastest growing population, Muslims are expected to double from one to two billion by 2050, the terrorists can breed replacements faster than we can kill them. The US will have to maintain a military presence in the Middle East for another 100 years. The goal is not to win, but to keep the war at a low cost, slow burn, over there, and away from the US.

I have never met a more determined, disciplined, and motivated group of students. There were seven teachers for 16 students, some with PhD’s and all native Arabic speakers. The Defense Department calculates the cost of this 63-week, total emersion course at $200,000 per student.

They are taught not just language, but also the history, culture, and politics of the region as well. I found myself discussing at length the origins of the Sunni/Shiite split in the 7th century, the rise of the Mughals in India in the 16th century, and the fall of the Ottoman Empire after WWI, and this was with a 19 year old private from Kentucky whose previous employment had been at Wal-Mart! I doubt most Americans her age could find the Middle East on a map. Students graduated with near perfect scores. If you fail a class, you get sent to Afghanistan, unless you are in the Air Force, which kicks you out of the service completely.

As we feasted on hummus and other Arab delicacies, I studied the pictures on the wall describing the early history of the DLI in WWII, and realized that I knew several of the participants. The school was founded in 1941 to train Japanese Americans in their own language to gain an intelligence advantage in the Pacific war. General ‘Vinegar Joe’ Stillwell said their contribution shortened the war by two years. General Douglas McArthur believed that an army had never before gone to war with so much advance knowledge about its enemy. To this day, the school’s motto is ‘Yankee Samurai’.

My old friends at the Foreign Correspondents’ Club of Japan will remember well the late Al Pinder. He spent the summer of 1941 photographing every Eastern facing beach in Japan, successfully smuggled them out hidden in a chest full of Japanese blow up dolls and sex toys. He then spent the rest of the war working for the OSS in China. I know this because I shared a desk in Tokyo with Al for nearly ten years. His picture is there in all his youth, accepting the Japanese surrender in Korea with DLI graduates.

I Guess I Should Have Studied Harder 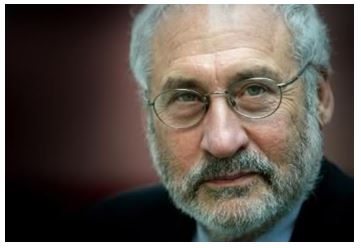 The great thing about interviewing Joseph Stiglitz over dinner is that you don’t have to ask any questions. You just turn him on and he spits out one zinger after another. And he does this in a kibitzing, wizened, grandfatherly manner like one would expect from a character that just walked off the set of Fiddler on the Roof.

The unfortunate thing is that you also don’t get to eat. The Columbia University professor and former World Bank Chief Economist animatedly talked the entire time, and I was too busy feverishly taking notes to ingest a single crouton.

Stiglitz argued that for 30 years after the end of the Great Depression there was no financial crisis because a newly empowered SEC was on the beat, and everything worked. A deregulation trend that started under Reagan began stripping away those protections, with the eventual disastrous repeal of the Glass-Steagle Act in 1999, which kept commercial banks out of the securities business. The philosophical justification adopted by many economists, including Fed chairman Alan Greenspan, was that unfettered markets always lead to efficient outcomes.

This belief was based on simplistic models assuming that markets were always perfect, always open, and that everyone had perfect information. Stiglitz’s own work on ‘information asymmetry,’ which earned him a Nobel Prize in economics in 2001, pulled the rug out from under this theory, because it showed that one party to a transaction always has more information than the other, usually the seller. I have heard investing oracle, Warren Buffet, tell me the exact same thing.

The banks used this window to introduce super leveraged derivatives that had never been regulated, studied, or even understood. They then clawed open accounting loopholes that were so imaginative that, not only were shareholders and regulators deceived about how much risk was involved, senior management was clueless as well. Instead of managing risk, they created and multiplied risk.

A 2006 GDP that was 80% derived from real estate transactions and a savings rate that fell to zero meant that a severe crash was a sure thing. President Bush’s response was to unleash an extreme form of ‘trickledown economics,’ with the banks given $700 billion with no conditions attached. Intended to recapitalize the banks so they could resume lending to the mainstream economy, much of the money ended up being paid out in bonuses and dividends to foreign counterparties. Of the $180 billion used to rescue AIG, $13 billion went to Goldman Sachs, and much of the rest went to German and French banks. No wonder Main Street feels cheated.

The financial system is now more distorted than ever, with smaller banks that actually lend to consumers and small businesses going under in record numbers, because the playing field is so uneven. There are too many structural conflicts of interest. The ?once in a 100 year tsunami? argument is merely a justification for changing nothing. Banks would rather maintain the fiction that the loans on their books are good, than make adjustments. No financial system has ever wasted assets on this scale, and the end result will be a national debt many trillions of dollars larger.

The $887 billion stimulus package was too small, and should have been at least $1.2 trillion, but there was no way Obama was going to get more out of congress. The 40% of the stimulus that was tax cuts was saved or put into Treasury bonds and created no immediate beneficial effects on the economy. More money should have gone to the states, which unable to deficit spend, are now a huge drag on the economy. But even this meager package was able to prevent the unemployment rate from rising from 10% to 12%, as it was set to do. Any major spending cuts will produce ‘Hoover’ outcomes.

Well, I don’t get to chat at length with a Nobel Prize winner every day, so I thought I’d give you the full blast, even though I had to leave a lot out. For a dinner that I could actually eat, I walked next-door for a Big Mac meal and supersized the fries. 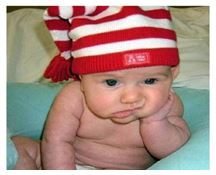