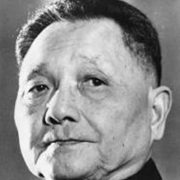 The Chinese government has announced the most revolutionary changes to its economy in nearly four decades. The implications for global stock markets are hugely positive, and until now, under appreciated. The Middle Kingdom?s state controlled media, never prone to hyperbole, are calling it ?a new historical starting point.?

Chinese stocks have rocketed since word of the broad ranging reforms leaked out last week, and appear to have much more to go. This brings to an end the 3 ? year Chinese growth recession, which saw GDP growth rates shrink from a white hot 13% annual rate, down to a more modest 7%. Until last week, Chinese capital markets were neglected, ignored, and left stranded on a back burner.

This is great news for all of us.

The sea of change promised by the events in the Middle Kingdom barely caught notice in the West, where investors were transfixed by the never ending rise of US equities and other risk assets. But my friends at the senior levels of the Chinese government have been gushing about the great things to come. They compare it to the 1978 revolution, when the ?Gang of Four? was thrown out, and Deng Xiaoping was named premier.

Some 35 years of wildly successful modernization, westernization, and capitalization followed. Chinese per capita incomes skyrocketed, from $100 to $6,000 today. The current round of liberalizations could eventually bring Chinese standards of living to American levels. Give it another 35 years.

Of course, reading the statement issued by the 370 senior party members of the third plenum of the 18th Central Committee, you get no clue of the brave new world they promise. These are always written in obscure code words whose meaning can only be deciphered by tracking nuances, changes, and references over decades. I have been doing this since the early seventies, when Mao Zedong was calling the shots, longer than most Chinese. It was a lot harder then, or am I simply getting wiser in my old age?

The goal of the reforms is to move China from its current emerging status towards middle class. The one child policy was abandoned, which has cut the country?s population growth by 400 million over the last 30 years. This should add back in 400 million in population growth over the next 35 years. Not to do so would risk labor shortages looming in the 2020?s, and the runaway wage inflation that invariably follows.

Internal passports that restricted population movements were abolished. Private property rights are receiving a boost. The economy will become more market oriented. The Chinese gulag that imprisoned tens of thousands was sent to the dustbin of history. The strengthening of the country?s social safety net will free up domestic Chinese savings, which now at 30%, are among the highest in the world. This will bring a surge in consumer spending.

Financial reforms are expected to follow soon. These include a more aggressive path towards a free float of the Chinese Yuan, known locally as the ?renminbi,? or ?people?s currency.? The breadth and depth of domestically traded debt instruments will be greatly expanded. You can expect far more active investment of the country?s nearly $4 trillion foreign exchange hoard abroad, especially in trophy assets in safe havens like the US and the UK. They are already soaking up commercial property loans by the billions here in the San Francisco Bay area.

This will accelerate the evolution of the Chinese economy from an export oriented consuming one to one that is more oriented towards domestic consumption. This is big.

The net net of all this will be to enhance the productivity and profitability of Chinese companies. That is what the Chinese stock markets have been screaming at us since last week.

The prospects for the world economy have been much improved by this second Chinese modernization. Rising Chinese standards of living will produce hundreds of millions of new consumers of American and European goods. Emerging markets (EEM), many of which are indirect China plays, do pretty well in the new paradigm as well. All in all, this should add many percentage points of growth to the world economy in coming decades.

It certainly makes my own forecast of a global synchronized recovery 2014 look good as well. As for stock markets everywhere, think higher, and for longer. ?RISK ON? is ?ON.?

The no brainer here is to buy the iShares FTSE China 25 Index Fund ETF (FXI), which has to rise by 63% just to match its 2007 high. The Chinese economy has more than doubled in size since then, making today?s (FXI) level relatively much cheaper. During this time, Chinese earnings multiples have gone from a huge premium to US ones to a large discount, making them a great rotation play.

If you want to sleep at night, buy the Hong Kong ETF (EWH), where accounting and disclosure standards are on par with those of England, a legacy from its colonial days. You can expect to Chinese Yuan ETF (CYB) to continue its northward market, as I have been predicting for the past four years.

You can also go into single stock plays, like China Mobile (CHL), the world?s largest phone company. Something tells me there are a lot of new customers and upgrades in its future.

Looks like there is going to be a lot more dim sum in my future.

?To Get Rich is Glorious? 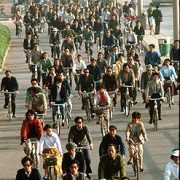