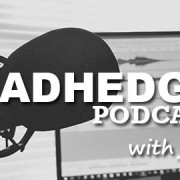 1) Exchange traded funds (ETF's) could soon replace traditional mutual funds as the primary investment vehicle for individuals because of the huge cost, tax, and liquidity advantages they offer. That's the opinion of Tom Lydon, publisher of www.ETFTrends.com , a snappily designed site that I constantly refer to on all things related to this highly efficient trading instrument. Tom's site offers updates on new ETF launches, research tools, and a free newsletter presenting a half dozen investment ideas a day. He finds ETF's so attractive that he has converted his own management practice for high net worth individuals at www.globaltrend.com from one focused on mutual funds, to an ETF orientation. ETF's enable rifle shots at specific, countries, industries, currencies and commodities on the cheap without having to wade through a morass of complicated settlement details. You can buy ETF's on 50% margin, go short, and with the larger ones, like the S&P 500 (SPY), deal with only a penny spread, plus a token commission.

2) The ETF industry has exploded since the March bounce, and there are now 836 such instruments issued by 35 providers with a total market capitalization of $782 billion. Just last Friday, the first ETF's for platinum (PPLT) and palladium (PALL) were launched. Some have grown so large they have become major influences on the market for their underlying commodities, as with the one for gold (GLD), which has $40 billion in assets, making it the world's fifth largest holder of the yellow metal. The bigger ETF's are now resorting to swaps to sidestep CFTC position limits on options and futures contracts. Since most of the current ETF's mimic indexes, daily buying and selling is minimized, creating fewer taxable events for American investors. Low turnover also helps keep operating expenses down. These quasi index funds confined to narrow groups of stocks can offer better liquidity than any single security. Individual investors can't put ETF's into their 401k yet, but that is expected to change soon. More controversial are the leveraged ETF's offering 200% and 300% long and short exposure, which because of their heavy cost of carry, can diverge substantially from their underlying markets. Better to use these only as short term trading vehicles. Other strategies generating debate are funds of funds holding ETF's with much higher cost structures, and actively managed ETF's, which cede their index qualities, for better or for worse. Hedge fund ETF's can't be far behind.

3) ETF's are much more attractive than mutual fund competitors, with their notoriously bloated expenses and spendthrift marketing costs. You can't miss those glitzy, overproduced, big budget ads on TV for a multitude of mutual fund families. You know, the ones with the senior couple holding hands walking down the beach into the sunset, the raging bulls, etc. You are the sucker who is paying for these. Sometimes I confuse them for Viagra commercials. I once did a comprehensive audit on a mutual fund, and a blacker hole you never saw. There were so many conflicts of interest it would have done Bernie Madoff proud. Any trainee assistant trader can tell you that more 90% of all mutual fund managers reliably underperform the indexes, some grotesquely so.?? Published performance is bogus, they show a huge survivor bias, not including the hundreds of mutual funds that close each year. And there's always that surprise tax bill at the end of the year. If there was every an industry crying out for restructuring, consolidation, and price competition, and ultimately a whopping great downsizing, it is the US mutual fund industry. ETF's may be the accelerant that ignited this epochal sea change, with the number of mutual funds recently having shrunk from 10,000 to 8,000. It's still early days, with ETF's only accounting for 5-6% of trading volume, even though they have been around for a decade.

4) ETF maven Tom Lydon's favorite ETF's include the ones for emerging markets (EEM), (VWO) and (EEG), gold (GLD), silver (SLV), and technology (QQQQ) and (XLK). No great surprise that these are the funds seeing the biggest investor cash inflows. They also happen to nicely mesh my own view of the world.?? I wish they had invented these things 40 years ago. It would have made my life so much easier. The potential performance of a Japanese small cap ETF bought in 1969, a gold ETF launched in 1971, or a Chinese technology ETF investment in 1978 would have been positively exponential.

Hedge Fund Radio is a weekly program featuring one-on-one interviews with the titans of the hedge fund industry. The show is hosted by legendary hedge fund manager John Thomas, one of the most seasoned players in the industry. It is broadcast live on station KGOL 1180 AM in Houston, Texas as part of the BizRadio?? network to 100,000 local listeners, and will be streamed online to a further 100,000 national and international listeners.

The show is broadcast every Saturday morning at 12:00 pm Eastern time, 11:00 am Central time, 9:00 am Pacific Coast Time, and 5:00 pm Greenwich Mean Time. For pilots and the military, that is 17:00 Zulu time. For the online link to the show, please go to www.bizradio.com or click here , click on 'Listen Live!', and click on 'Houston 1110 AM KTEK.' For that added insight into the future of the markets tune in, or catch the show in my Hedge Fund Radio archives.