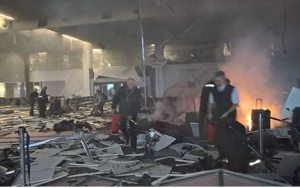 ?If we don?t visit disorder, disorder will visit us,? said Tom Friedman, my old buddy and columnist for the New York Times. 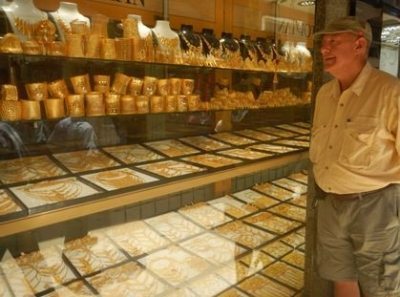 As a potentially profitable opportunity presents itself, John will send you an alert with specific trade information as to what should be bought, when to buy it, and at what price. END_OF_DOCUMENT_TOKEN_TO_BE_REPLACED

As a potentially profitable opportunity presents itself, John will send you an alert with specific trade information as to what should be bought, when to buy it, and at what price. END_OF_DOCUMENT_TOKEN_TO_BE_REPLACED

As a potentially profitable opportunity presents itself, John will send you an alert with specific trade information as to what should be bought, when to buy it, and at what price. END_OF_DOCUMENT_TOKEN_TO_BE_REPLACED

While the Diary of a Mad Hedge Fund Trader focuses on investment over a one week to six-month time frame, Mad Day Trader, provided by Bill Davis, will exploit money-making opportunities over a brief ten minute to three day window. It is ideally suited for day traders, but can also be used by long-term investors to improve market timing for entry and exit points. END_OF_DOCUMENT_TOKEN_TO_BE_REPLACED

While the Diary of a Mad Hedge Fund Trader focuses on investment over a one week to six-month time frame, Mad Day Trader, provided by Bill Davis, will exploit money-making opportunities over a brief ten minute to three day window. It is ideally suited for day traders, but can also be used by long-term investors to improve market timing for entry and exit points. END_OF_DOCUMENT_TOKEN_TO_BE_REPLACED

Followers of my Trade Alert service have watched me shrink my book down to only two positions, the smallest of the year.

That?s because I am a big fan of buying straw hats in the dead of winter and umbrellas in the sizzling heat of the summer. I even load up on Christmas ornaments every January when they go on sale for ten cents on the dollar. There is a method to my madness.

If I had a nickel for every time I heard the term ?Sell in May and go away,? I could retire.

Oops, I already am retired!

In any case, I thought I would dig out the hard numbers and see how true this old trading adage is.

It turns out that it is far more powerful than I imagined. According to the data in the Stock Trader?s Almanac, $10,000 invested at the beginning of May and sold at the end of October every year since 1950 would be showing a loss today.

My friends at the research house, Dorsey, Wright & Associates, (click here) have parsed the data even further.

Since 2000, the Dow has managed a feeble return of only 4%, while the long winter/short summer strategy generated a stunning 64%.

Of the 62 years under study, the market was down in 25 May-October periods, but negative in only 13 of the November-April periods, and down only three times in the last 20 years!

Being a long time student of the American, and indeed, the global economy, I have long had a theory behind the regularity of this cycle.

It?s enough to base a pagan religion around, like the once practicing Druids at Stonehenge.

Up until the 1920?s, we had an overwhelmingly agricultural economy. Farmers were always at maximum financial distress in the fall, when their outlays for seed, fertilizer, and labor were the greatest, but they had yet to earn any income from the sale of their crops.

So they had to borrow all at once, placing a large cash call on the financial system as a whole. This is why we have seen so many stock market crashes in October. Once the system swallows this lump, it?s nothing but green lights for six months.

After the cycle was set and easily identifiable by low-end computer algorithms, the trend became a self-fulfilling prophecy.

Yes, it may be disturbing to learn that we ardent stock market practitioners might in fact be the high priests of a strange set of beliefs. But hey, some people will do anything to outperform the market.

It is important to remember that this cyclicality is not 100% accurate, and you know the one time you bet the ranch, it won?t work. But you really have to wonder what investors are expecting when they buy stocks at these elevated levels, over $205 in the S&P 500 (SPY).

Will company earnings multiples further expand from 18 to 19 or 20? Will the GDP suddenly reaccelerate from a 2% rate to the 4% expected by share prices when the daily sentiment indicators are pointing the opposite direction?

I can?t wait to see how this one plays out.

My Sources for Stock Tips are Interstellar 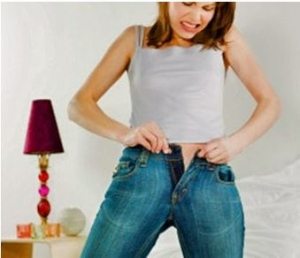 ?The time to worry about the Fed is not when they go from accommodative to neutral, it is when they go from neutral to tight,? said Bill Miller the legendary former chairman and CIO of Legg Mason Capital Management.