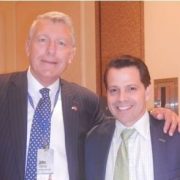 Having been in this market for yonks, ages, and even a coon?s age, I have seen trading strategies come and go.

First, there was the nifty fifty during the 1960?s. Junk bonds had their day in the sun. Then portfolio insurance was all the rage.

While the dollar was weak, international diversification was the flavor of the day. After foreign stocks turned bitter, the IPO mania and the Dotcom bubble of the nineties followed.

Macro trading dominated the new Millennium until the high frequency traders took over.

What is the cutting edge management strategy today?

According to my friend, Anthony Scaramucci, of Skybridge Capital, activist shareholder trading now has the unfair advantage.

Anthony, known as the ?Mooch? to his friends, is so convinced of the merit of this bold, in-your-face approach that he has devoted nearly 40% of his assets to this aggressive posture.

That is no accident.

Have you ever heard the term ?unintended consequences?? Scaramucci argues that The Financial Stability Act of 2010, otherwise known as Dodd-Frank produced that effect with a turbocharger.

The Act brought in a raft of new shareholder rights intended to help Mom & Pop. But activist investors have, so far, been the prime beneficiaries of the reform, using the new regulations to shake down companies for quick profits.

Historic low interest rates are allowing them to leverage up at minimal cost, increasing their firepower.

These include known sharks (once spurned as ?green mailers?) like my former neighbor, Carl Icahn, and his younger, more agile competitor, Bill Ackman.

They can simply buy a small number of shares in a target company and demand a management change, share buy backs, the spinning off of assets, several seats on the board, and even making allegations of criminal activity, which are often unfounded.

A message from Icahn on the voicemail is not something management is eager to hear.

He even shook down Apple (AAPL) last year, with great success, harvesting a near double on the trade.

This is why names like Herbalife (HLF), Netflix (NFLX), and JC Penny?s (JCP) are constantly bombarding the airwaves.

The net result of this is that savvy activist shareholders have effectively replaced the traditional ?buy and hold? strategy as a way to add alpha, or outperformance.

This has enabled activist oriented hedge funds to beat the pants off of traditional macro hedge funds because many historical cross asset relationships they follow have broken down.

Tell me about it!

Suddenly, the world no longer makes sense to them and has apparently gone mad, at the investors? expense. Long/short equity managers, which comprise 43% of the funds out there, are also underperforming for the sixth consecutive year.

The activist managers themselves justify their often harsh actions by arguing that individual shareholders can ride to riches on their coattails. Shaking up management can result in better-run companies, even if it is at the point of a gun.

Activism accelerates evolution, breaks up clubby boards of insiders, and enhances the bottom line. Corporations can be forced to retool and restructure.

How does the individual investor get involved in the new wave of activist investors? The short answer is that they don?t. There are few, if any, such exchange traded funds (ETFs) in existence.

Doing the quantitative screens to generate short lists of potential activist targets, and then listening to the jungle telegraph regarding who is coming into play, are well beyond the resources of your average Joe.

You can try to give your money to the best activist managers. But they are either closed to new investors, or have very high minimum initial investments, often in the $1-$10 million range.

If you are lucky enough to get your dosh in, you will find the talent very expensive. Activist funds are one of the last redoubts of the old 2%/20% management fee and performance bonus structure. And ?hockey stick? bonus schedules are not unheard of.

When I ran my old hedge fund, we made 40% a year like clockwork. I took the first 10%, the limited partners the remaining 30% and they were thrilled to get it.

And you wonder why the small guys feel the market is rigged.

The activist trend won?t last forever. Interest rates will inevitably rise, making the strategy expensive to finance. If the stock market keeps rising, as I expect, then cheap targets will become as scarce as hen?s teeth.

Eventually, gobs of money will pour into the strategy, compressing returns as the Johnny-come-latelys pile in. In the end, trading around activist shareholders will get tossed into the dustbin of history, along with all the other investment fads. 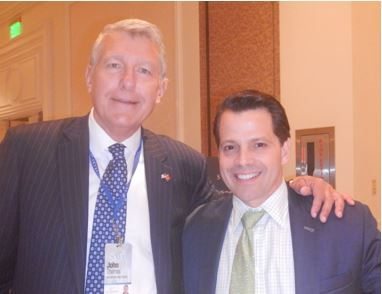 Checking in With the ?Mooch? 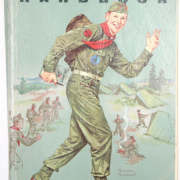 The Market Outlook for the Week Ahead, Is the Bull Market Back? 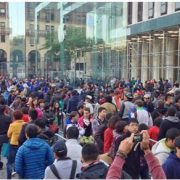 Why Water is One of 2016?s Best Sectors
Scroll to top