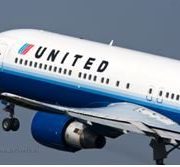 The profitability of this industry was totally dependent on fuel costs, interest rates, and the state of the economy, and management hadn't the slightest idea of what any of these were going to do. If I were ever tempted to buy an airline stock, I should lie down and take a nap first.

If you total up the P&L's of all of the US airlines that ever existed since Orville and Wilber Wright first flew in 1903 (their pictures are on my new anti-terrorism edition commercial pilots license), it is a giant negative number, well in excess of $100 billion. This is despite the massive government subsidies that have prevailed for much of the industry's existence.

The sector today is hugely leveraged, capital intensive, heavily regulated, highly unionized, offers customers terrible service, and is constantly flirting with, or is in bankruptcy. Its track record is horrendous. They are a prime terrorist target. A worse nightmare of an industry never existed.

I became all too aware of the travails of this business while operating my own charter airline in Europe as a sideline to my investment business. The amount of paperwork involved in a single international flight was excruciating. Every country piled on fees and taxes wherever possible. The French air traffic controllers were always on strike, the Swiss were arrogant, and the Italians unintelligible and out of fuel.

The Greek military controllers once lost me over the Aegean Sea for two hours, while the Yugoslavs sent out two MIGs to intercept me. As for the US? Did you know that every rivet going into an American built aircraft must first be inspected by the government and painted yellow before it can be used in manufacture?

While flying a Red Cross mission into Croatia, I got shot down by the Serbians, crash landed at a small Austrian Alpine River, and lost a disc in my back. I had to make a $300 donation to the Zell Am Zee fire department Christmas fund to get their crane to lift my damaged aircraft out of the river. Talk about killing the competition!

So you may be shocked to hear that I think there is a great opportunity here in airline stocks. A Darwinian weeding out has taken place over the last 30 year that has concentrated the industry so much that it would attract the interest of antitrust lawyers, if consumers weren?t such huge beneficiaries.

If the American-US Air (AAMRQ) ? (LCC) deal goes through, as expected, the top four carriers (along with United-Continental, Delta, and Southwest) will control 90% of the market. That is up from 60% only five years ago. The industry has fewer seats than in 1982; while inflation adjusted fares are down 40%. Analysts are referring to this as the industry?s new ?oligopoly advantage.?

Any surprise bump up in oil prices is met with a blizzard of higher fares, fees, and fuel surcharges. I can't remember the last time I saw an empty seat on a plane, and I travel a lot. Lost luggage rates are near all time lows because so few now check in bags. Interest rates staying at zero don?t hurt either.

The real kicker here is that stock in an airline is, in effect, a free undated short volatility play on oil. If oil doesn?t move, airline stocks go up. You may have noticed that I have written at length on the rough balance that has emerged in the global oil markets, where rising Chinese demand is offset by increasing US production from fracking. The end result has been the lowest volatility in the oil market in years. On top of that, you can add the huge economies offered by the soon to be reintroduced Boeing 787, which uses 40% less fuel than existing models.

I picked United Continental Group (UAL) because it suffered from some integration problems from their recent merger, like a reservations system that wouldn?t work. That gives them the greatest snap back potential.

This is not just a US development, but an international one. The International Air Transport Association (IATA) has just raised it forecast of member earnings from $7.6 billion in 2012 to $10.6 billion this year, a gain of 40%. The biggest earnings are based in Asia (China Southern Airlines, China Eastern Airlines, Air China), followed by those in the US, with $3.6 billion in profits.

Add all this together, and the conclusion is clear. The checklist is complete, the IFR clearance is in hand, and it is now time to push the throttles to the firewall for the airline stocks. And no, I didn't get free frequent flier points for writing this piece.

Time to Consider Another Career

Fly the Friendly Skies With a Long Position

SOLD OUT May 8, 2013 Las Vegas Strategy Luncheon
Scroll to top