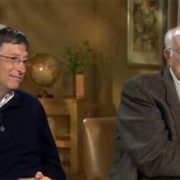 I had a chat with Bill Gates, Sr. recently, co-chairman of the Bill and Melinda Gates Foundation, the world’s largest private philanthropic organization. There, a staff of 800 help him manage $36.8 billion.

The foundation will give away $3.5 billion this year, a 10% increase over last year. Some $1.5 billion will go to emerging national health care, and another $750 million to enhance American education.

The foundation’s spending in Africa has been so massive that it is starting to have a major impact on conditions and is part of the bull case for investing there.

The fund happens to be one of the best managed institutions out there, having sold the bulk of its Microsoft (MSFT) stock just before the dot-com bust and moving the money into Treasury bonds.

Mr. Gates’ pet peeve is the precarious state of the US K-12 public education system, where teaching is not as good as it could be, expectations are low, and financial incentives and national standards are needed.

When asked about retirement, he said, “Having a son with a billion dollars puts a whole new spin on things.”

Now a razor-sharp 92 and towering over me at 6’7″, his favorite treat is the free NetJets miles he gets for Christmas every year from his son, Bill Jr.

In his memoir Showing up for Life, he says a major influence on his life was his Scoutmaster 70 years ago.

Being an Eagle Scout myself, I quickly drilled him on some complex knots, and he whipped right through all of them. 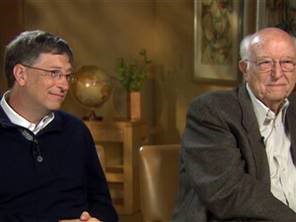