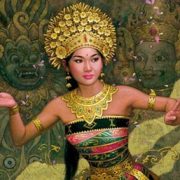 When I backpacked around Europe in 1968, I relied heavily on Arthur Frommer?s paperback guide, Europe on $5 a Day, which then boasted a cult like following among impoverished, but adventurous Americans. Over the following years he directed me down cobblestoned alleyways, dubious neighborhoods, and sometimes converted WWII air raid shelters, to find those incredible deals. When he passed through town some 44 years later, I jumped at the chance to chat with the legendary travel guru.

Frommer believes there are three sea change trends going on in the travel industry today. Business is moving away from the big three travel websites, Travelocity, Orbitz, and Priceline, who have more preferential side deals with airlines than can be counted, towards pure aggregator sites that almost always offer cheaper fares, like Kayak.com, Sidestep.com, and Fairchase.com.

There is a move away from traditional 48 person escorted bus tours towards small group adventures, like those offered by Gap Adventures, Intrepid Tours, and Adventure Center, that take parties of 12 or less on culturally eye opening public transportation.

There has also been a huge surge in programs offered by universities that turn travelers into students for a week to study the liberal arts at Oxford, Cambridge, and UC Berkeley. His favorite was the Great Books programs offered by St. Johns University in Santa Fe, New Mexico.

Frommer says that the Internet has given a huge boost to international travel, but warns against user generated content, 70% of which is bogus, posted by the hotels and restaurants touting themselves.

The 81-year-old Frommer turned an army posting in Berlin in 1952 into a travel empire that publishes 340 books a year, or one out of every four travel books on the market. I met him on a swing through the San Francisco Bay Area (his ticket from New York was only $150), and he graciously signed my tattered, dog-eared original copy of his opus, which I still have.

Which country has changed the most in his 60 years of travel writing? France, where the citizenry have become noticeably more civil since losing WWII. Bali is the only place where you can still travel for $5/day, although you can see Honduras for $10/day. Always looking for a deal, Arthur?s next trip is to Chile, the only country in the world he has never visited.

Arthur?s Next Big Play is Bali