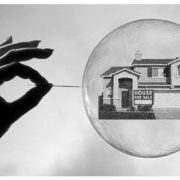 Before you place a down payment on that next home, consider that you are voluntarily becoming dependent on government welfare, reliant on massive subsidies, and may become the next ward of the state.

Don?t kid yourself that the housing market has become anything but another bubble driven by artificially low interest rates and lax lending standards. Without the wholesale privatization of profits and socialization of losses, the current ebullient real estate market would instantly cease to exist. That cruel ending may be a lot closer than you think, as well.

Some 95% of all home mortgages are now bought by the US home mortgage agencies, Fannie Mae and Freddie Mac. That is up from only 35% in 2006. Never mind that both of these institutions are in conservatorship, which is a polite way of saying they are bankrupt, having burned through all of their capital during the housing bust.

Without this source of government funds, there is absolutely no way banks would be lending anywhere near the amount they are, as the spreads have become too minuscule to make it worthwhile. But by selling loans to the government they can offload their risk and skim off handsome fees along the way.

This is why the balance sheet of the Federal Reserve has grown to a mind boggling $3.8 trillion, on its way to $5 trillion, but we are measuring no real growth in the money supply. The money is simply moving from one government account to another, untouched by human hands.

The current pattern of modest appreciation in the most oversold markets, like Miami, Phoenix, and Las Vegas, will continue, as long as the Fed is giving us money for free and the government is bearing all the credit risk. When that ends, things could turn very ugly, very fast.

Most of my hedge fund friends expect ten-year Treasury yields to be back above 4% in two years. That would take the rates for the conventional 30-year fixed rate home loans from 3.50% to 6%, or more. Double the cost of carry on a house, and you halve the affordability. The effects on the secondary market would be devastating.

While many have nice paper profits on houses they bought over the last two years, that all becomes very academic if you can?t sell. The number of homeowners currently delinquent or in foreclosure would soar from the current 6 million to 16 million. That would be piled on top of the 30 million hapless homeowners, who, despite the bounce, are still underwater on their mortgages.

This is not some wild conspiracy theory that I picked up on the Internet. Since congress is in a cost cutting mood, the chances of Fannie Mae and Freddie Mac getting sufficient recapitalization are small. The home mortgage tax deduction is also on the chopping block. At the very least, we can expect it to get pared back to mortgages of $500,000 or less. That would seriously boost the real after tax cost of homeownership, especially on the high priced left and right coasts.

Of course, the good times will continue as long as the Fed is spiking the punchbowl. Buyers are strongly motivated by existing home prices that are half of the new cost of construction, as well as a fraction of 2006 peak prices. As my friends say in New Orleans, where great deals are still to be had, ?Laissez les bons temps rouler? (let the good times roll).

Current guidance says they will maintain ultra low interest rates until the unemployment rate falls below 6.5%, down from the present 7.8%, which we could see in two years. Those driven more by demographic data, like me, don?t see such a turnaround for five more years.

I am not seeing another crash here. A more likely scenario is that we continue to bounce along a bottom for several more years. Tell me how bullish prospective homebuyers will be after we see a 2,000-point plunge in the Dow, which could come as early as this summer.

What this does illustrate is how grotesquely expensive the homebuilding stocks have become, like Lennar (LEN), Pulte Home (PHM), and KB Homes (KB). These stocks are up as much as 700% in 18 months. This entire piece is in response to a question I got yesterday, Should I be buying the homebuilders here. My answer is a full throated ?NO!?

The only bull market you can really count on is the one for rents, which will accelerate, once the long term decline in homeownership resumes. 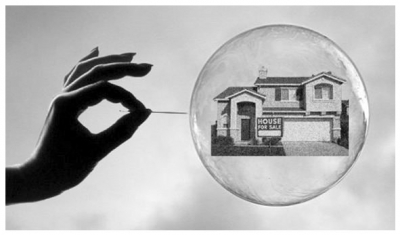 Why Water Will Soon Become More Valuable Than Oil