You can buy this put spread anywhere within $0.88-$0.92 and have a reasonable expectation of making money on this trade.

Warning! With a low price and a large number of contracts, this trade is particularly sensitive to your commission rate. So if you are overpaying your broker, now is the time to have a conversation with them and negotiate your rates down. It’s easier than you think, especially on spread trades.

The $16 and $17 strikes also make this a nice set up in the options. I expect markets to rally in the New Year, for financials to take the lead, and (BAC) should drift up with it. If the ten-year Treasury market (TLT) holds at a 2.10% yield and moves up to a new, higher range, it will be a sure thing.

Keep in mind that the options market is highly illiquid now, so don’t hold me to these prices. They are ballpark estimates, at best.

If you want to be even more aggressive, you can buy outright the (BAC) April, 2015 $19 calls for 45 cents. Any move in the shares above $19.45 will bring exponential returns. If the Treasury bond market (TLT) finally breaks, this will happen.

On the other hand, if you want to play it safe, you can buy shares in the financials basket ETF, the Financials Select Sector SPDR (XLF). For a link to a fuller description of this fund, where (BAC) is a major component, please click here at http://www.sectorspdr.com/sectorspdr/sector/xlf .

If I am right about interest rates remaining flat or rising next year, then financials have to be at the absolute top of any “BUY” list.

Now with the bank’s Torturer-in-Chief, US Attorney General Eric Holder, announcing his retirement, the way is clear for better days ahead.

Needless to say, this is all great news for the share price. The prospective return of increasing amounts of capital to shareholders should suck in new and wider classes of shareholders. It won’t be just about hedge fund punters anymore. Respectable, large, and long term holding institutions will be in there as well.

Don’t execute the legs individually or you will end up losing much of your profit. Spread pricing can be very volatile on expiration months farther out.

If the price of this spread has moved more than 5% by the time you receive this Trade Alert, don’t chase it. Wait for the next one. There are plenty of fish in the sea. 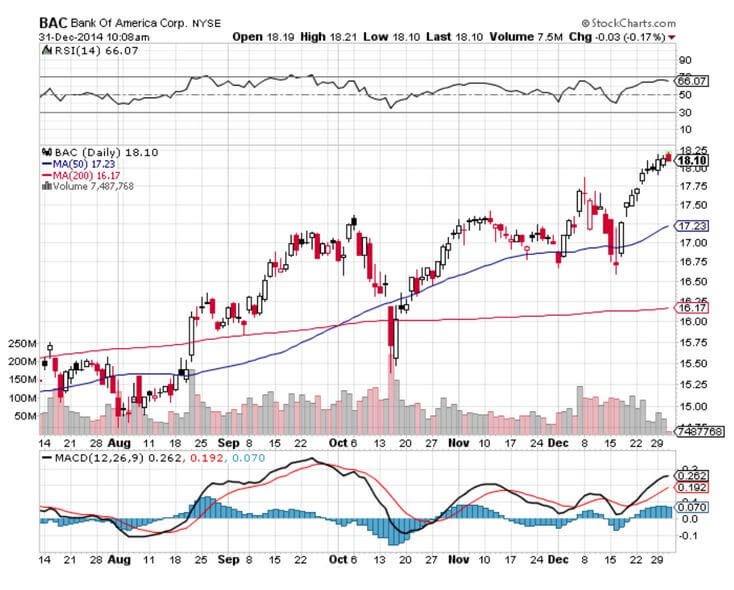 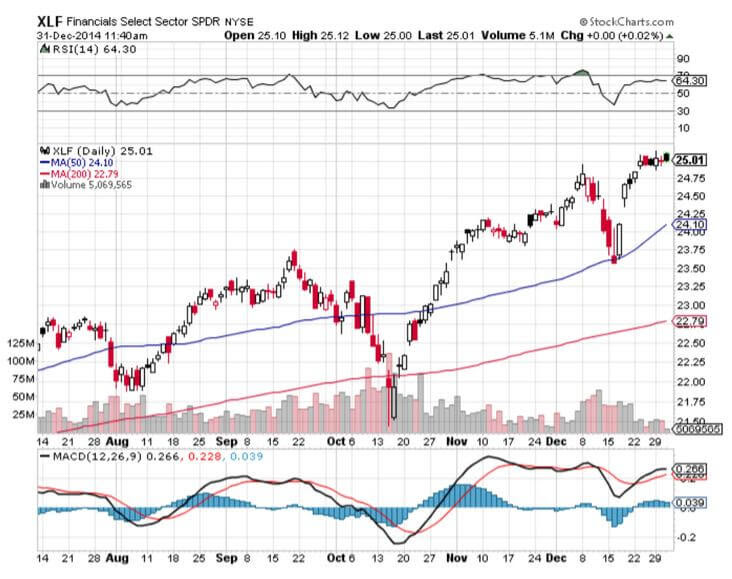