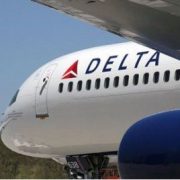 The profitability of this industry was totally dependent on fuel costs, interest rates and the state of the economy, and management hadn’t the slightest idea of what any of these were going to do. If I were ever tempted to buy an airline stock, I should lie down and take a long nap first.

If you total up the P&L’s of all of the US airlines that ever existed since Orville and Wilber Wright first flew in 1903 (their pictures are on my new anti-terrorism edition commercial pilots license), it is a giant negative number, well in excess of $100 billion. This is despite the massive government subsidies that have prevailed for much of the industry’s existence.

The sector today is hugely leveraged, capital intensive, heavily regulated, highly unionized, offers customers terrible service, and is constantly flirting with, or is in bankruptcy. Its track record is horrendous. It is a prime terrorist target. A worse nightmare of an industry never existed.

I became all too aware of the travails of this business while operating my own charter airline in Europe as a sideline to my investment business during the 1980?s.

The amount of paperwork involved in a single international flight was excruciating. Every country piled on fees and taxes wherever possible. The French air traffic controllers were always on strike, the Swiss were arrogant, and the Italians unintelligible and out of fuel.

With the American-US Air (AAL) deal done, the top four carriers (along with United-Continental (UAL), Delta (DAL), and Southwest (LUV) will control 90% of the market.

That is up from 60% only five years ago. The industry has fewer seats than in 1982; while inflation adjusted fares are down 40%. Analysts are referring to this as the industry?s new ?oligopoly advantage.?

Any surprise bump up in oil prices is met with a blizzard of higher fares, baggage fees, and fuel surcharges. I can’t remember the last time I saw an empty seat on a plane, and I travel a lot. Lost luggage rates are near all time lows because so few now check in bags. Interest rates staying at zero don?t hurt either.

The real kicker here is that stock in an airline is, in effect, a free undated put on the price of oil. If the price of oil stays in the $80 handle for a prolonged period of time, which it should, or continues to fall, airline stocks will rocket. This is on top of a $27 plunge in the price of Texas tea, the largest single cost item for the airline industry.

If you are looking for another indirect play, look at the bond market. With a new Boeing 787 Dreamliner costing up to $300 million each, airlines are massive borrowers of capital. With interest rates at all time lows, another huge source of costs have just been lifted off the airlines? backs.

The Ebola virus is an additional sweetener (if you could use such a term for a deadly disease), because it is enabling us to buy the stock down 30% than it would be otherwise. Delta Airlines (DAL) just so happened to be the airline that brought the first Ebola carrier to the US, so it has suffered the most. As frightening as this disease is (I studied it in my Army bacteriological warfare days), I doubt we will see more than a dozen cases in the US.

At least we are finally getting something for our $120 billion investment in Homeland Security since 2002. How much do you want to bet that they don?t cut the budget for the Center for Disease Control (CDC) this year, as they have for the past dozen!

On top of the massive fuel savings, a recovering US economy should boost profitability, given its recent maniacal pursuit of controlling costs. Some airlines have become so cost conscious that they are no longer painting their planes to gain fuel savings from carrying 100 pounds less weight! Just the missing pretzels alone should be worth a few cents a share in earnings.

And no, I didn’t get free frequent flier points for writing this piece.

You can buy this spread anywhere in a $1.60-$1.75 range and have a reasonable expectation of making good money on this trade. The upper strike is 10% below today?s low.

If you are unable to do option spreads buy the stock outright at market prices. 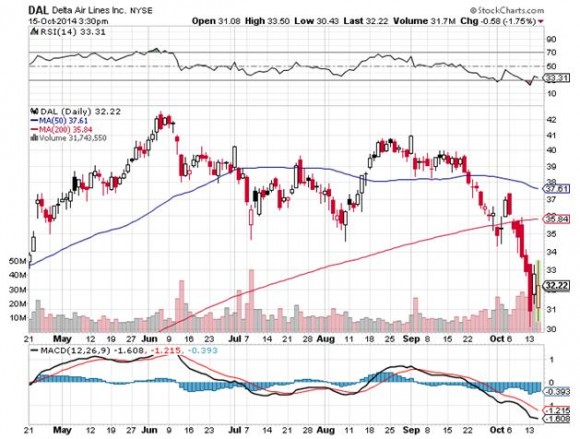 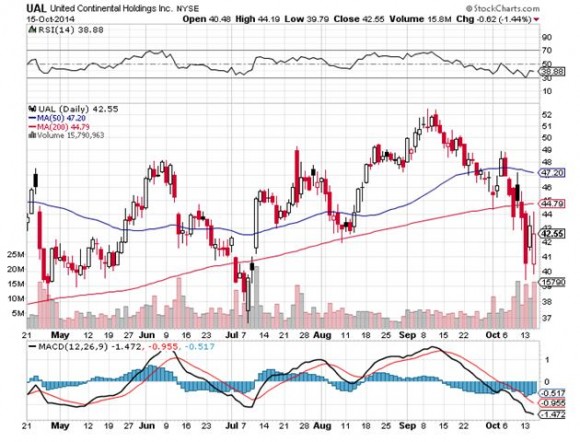 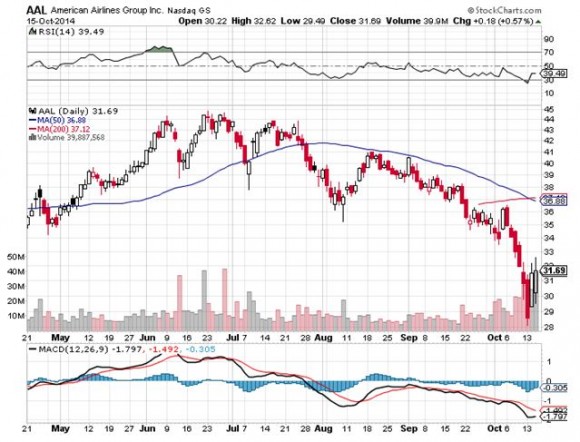 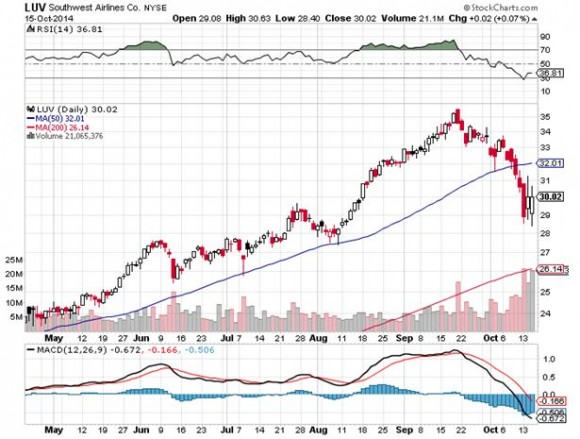 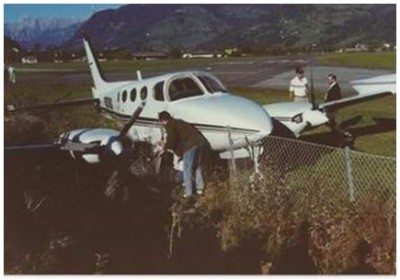 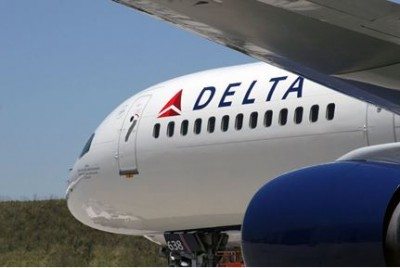 Delta Airlines is Cleared for Takeoff
Scroll to top