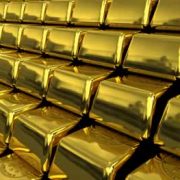 New subscribers should take no action on this Trade Alert

I am happy to run large, overweight positions in assets that have powerful momentum behind them and are breaching new highs by the day. I am not so happy to run such positions that have stalled or gone to sleep, and that is the case with gold.

We got a burst of selling this morning on essentially no news. It is basically going down because it has failed to go up. I have a great year on the books so far, beating almost everyone, so I am not include to let positions grow hair on them and risk my performance.

Let me outline some possible reasons behind the recent disappointment in the yellow metal. They call it the barbarous relic for a reason.

*The entire QE3 trade has gone to sleep, not only gold, but stocks, commodities, the euro, the Australian dollar, and oil. We seem to be going from no QE3, to QE3, to no QE3 again, all in the space of a month. Good luck trading that.

*The Romney bump in the polls definitely knocked the wind out of gold, which has gone down almost every day since the first debate. A Romney win would be a disaster for gold and all other ?RISK ON? assets because it would bring quantitative easing to a screeching halt for years to come.

*Traders are fleeing to the sidelines in advance of the presidential election, killing volatility. They would rather be flat going into November 7 in case there is a surprise Romney win, or a 2000 Florida style election debacle where there is no clear result.

*The driving fundamental argument in favor of precious metals is the expansion of the monetary base. However, this is somewhat of a lagging indicator, and investors may want to wait a few months for the actual data before adding to their positions.

*We are running into year end, and anyone with big profits, as with Apple (AAPL) and gold (GLD), is inclined to book them. No one ever got fired for taking a profit, but many have for watching a profit turn into a loss.

*The economic data from China continues to be unremittingly bad, cooling buyers in one of the most important precious metals friendly parts of the world. Bullion buying in Hong Kong notably off in recent months.

I still like gold longer term, and am keeping a limited risk position in the form of a 10% weighting in the (GLD) December, 2012 $160-$165 bull call spread. That position allows for a continued 3% drop in gold by the December 21 expiration. Note on the two year chart for gold below that the upper $165 strike is bang on major long term support. See, there is a method to my ?madness.?

I am still hanging on in silver (SLV) too, although a have a much bigger safety margin there. When the ?Big Mo? returns, I?ll jump back in with both feet. Until then, the burden of proof is on the shiny stuff.

Keep in mind that these are ball park prices at best. The best execution can be had by placing your bid in the middle market and waiting for the market to come to you. The difference between the bid and the offer on these spread trades can be enormous. Don?t buy the legs individually or you will end up losing much of your profit up front. Spread pricing can be very volatile on expiration months farther out. These are the trades you should execute:

that is a 13.3% profit on this individual position in less than one month

Call Me When You Wake Up!