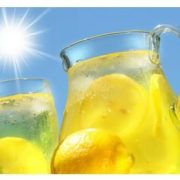 We are now deep into the fiscal cliff negotiations, which you can expect to be a total nightmare from a trading point of view. You can expect dueling headlines for the next month from both parties. One day they will be on, then off, then on again. There will be tons of posturing. A ?light at the end of the tunnel? comment could send markets screaming to the upside at any time, while ?my way or the highway? could send them plummeting.

The great thing about these deep in-the-money call spreads is that your downside risk is limited in exchange for capping your upside participation. You also get a extremely low deltas, which means that a move in the underlying (SPY) leads to only a small move in the spread.

You can find the delta for each position on your option trading website. Usually, it is on the far right of the trading page on off the screen, so you may have to move a slider bar to display it. If it is not there, you may need to enable your screen to show the data flow on your page. This usually involves just checking a box.

This tells you that a $1 move in the (SPY) produces only a 15 cent move in the (SPY) January, 2013 $131-$136 call spread. Note that a delta for a short position has a negative sign in front of it. This means that I can eliminate much of the downside risk in this position through buying (SPY) puts. To reduce the cost of the puts, I will buy ones expiring on December 21. This leaves me with a position that has minimal downside risk for the next month, then fully participates in any yearend/new year rally.

Here is the calculation for the number of December $137 puts I need to buy:

The leaves us with a point of maximum profitability for the total position at $136 in the (SPY). The net P&L is the following:

This is a net swing in our performance on this position from -2.75% today to 1.28%, a gain of 4.03%. In addition, I can recover some of the $137 put premium buy taking it off in any sustained rally, or heaven forbid a surprise resolution of the fiscal cliff. This is how you turn lemons into lemonade. Successful hedge fund managers make 80% of the reputation managing the losers and 20% from their winners, which anyone can do.

You may note that the Trade Alert I already sent out only calls for buying 10 contracts of the December $137 puts, not the 16 called for in the calculations above. This is because I want to scale in, and will sell more on a decent rally.

In a perfect world, I would have taken out this insurance last week when it became evident that things were not going immediately my way. But it?s hard to write a trade alert when you are on a plane flying from Houston to Orlando with no broadband. I did write it on a note and stuff it into one of those small vodka bottles and throw it out the window. But apparently nobody found it, as we were then passing over the Gulf of Mexico. You can?t catch them all.