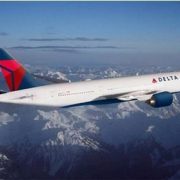 If the prospect of WWIII can?t knock this market down, what will it take? A giant asteroid that destroys the earth?

I would have used ?Balls to the Wall? in the headline for this piece. But as this is a family oriented newsletter I opted for the more politically correct screamer.

Even the most hardened and seasoned traders, like me and Mad Day Trader Jim Parker, were stunned by how fast the markets bounced back from Monday?s war scares in the Ukraine. Of course, everything I said in my Monday letter came true.

It would have been nice if the recovery stretched out over a longer period of time, giving me better entry points for my Trade Alerts. But that was not to be. Too many people are still frantically trying to get in this market. There are oceans of cash everywhere earning virtually nothing. It seems the new trading strategy is that if something hasn?t gone down for three days, you buy it.

Bizarre as it may seem, the weather is emerging as the big driver of markets this year. Even the Federal Reserve is now saying that the weather was a big drag on the economy. This means that every negative data point for the next few months has a great excuse to be ignored.

It also means the growth which was lost in Q1 will get added back in during Q2 as the economy plays catch up. This has the potential to create a growth surge, possibly from a 1% annualized rate to as much as a 5% in the spring.

It is inevitable that this would trigger a major spike up in all risk assets. This realization is rippling throughout the markets to create one of those ?Aha? moments, much like we saw last October, when it became obvious that the indexes would melt up for the rest of 2013. Fasten your seat belt!

If you have any doubts about this scenario, you better take a look at the commodities markets, both hard and soft (DBA). After a dreadful three years, the chart now has the trajectory of a bat out of hell. What might cause this? How about a global synchronized economic recovery that boost US growth by a full 100 basis points or higher in 2014?

So I am going to take advantage of the pre Friday nonfarm payroll doldrums to start loading the boat with positions and scaling up risk. That?s why I picked up General Electric (GE) and Delta Airlines (DAL) today, classic cyclical names. Also on the short list are EBAY (EBAY), Gilead Sciences (GILD) for another visit to the trough, Goldman Sachs Group (GS), and QUALCOMM (QCOM).

Today?s new trades graciously turned immediately profitable, taking my performance up to yet another all time high of 134.41% since inception, and a 2014 year to date gain of 11.91%. That improves my average annualized return to a stratospheric 41.4%. Incredibly, after last year?s torrid 68% profit, my performance is getting even better. It appears that, like a fine Napa Valley wine, I improve with age.

Yes, I know you have been told by the talking heads on TV that stocks are expensive, and that a crash is imminent. Personally, I think equities are cheap and that we are on our way to a Dow Average of 100,000-200,000 by 2030 (no typo here). I will keep that view as long as the stocks that I am buying pay higher dividends than the ten-year Treasury yield (TLT), now at 2.69%.

To support my view take a look at the chart below produced by my friends at Business Insider. It shows that the share of technology names, the lead sector for the entire market, trading at more than five times sales is below 40%, a fraction of the 2000 peak.

I think we have to match, or exceed, this peak before the party is over and the lights get turned out.

A Special Offer for Australian Subscribers
Scroll to top