One of the key things to remember in choosing companies to invest in is their long-term prospects. With these firmly in place, compounding can practically do most of the heavy lifting in the years to come.

Sure. It’s easy to be blinded by hot growth businesses these days—ones that seemingly promise unabated growth forever or those with cheap valuations but with no definitive growth prospects.

That is, you need to find businesses with not only promising prospects but are also trading at reasonable valuations. This requires a delicate balancing act.

With that balance in mind, one of the most obvious trends that fits the bill is to capitalize on the aging populations across the world.

As people age, it will drive higher demand for a myriad of healthcare services and the sector that responds most to this trend is the medical insurance segment.

Among the companies in this industry, I find Anthem (ANTM), UnitedHealth (UNH), and CVS Health (CVS) to bring the most bang for your buck.

While these companies are as fun to talk about as an actuarial table, they offer predictable cash flows and long-term prospects at reasonably priced valuations.

From a valuation point of view, Anthem has traded hands at roughly 11.5 times its trailing earnings. More impressively, those earnings are estimated to increase by approximately 14.5% clip over the next five years.

That’s a reasonable, if not really cheap, price to pay for a company that’s well-positioned for what the future is expected to bring.

The aging population will also swell the ranks of UnitedHealth, being the largest health insurer in the country with over 14 million members in its Medicare programs.

Among the three, I find CVS the most intriguing.

The problem with this business is that people generally believe it’s only a pharmacy company. The truth is, it’s only one facet of CVS’ business, and, surprisingly, that’s its least profitable sector to date.

Meanwhile, revenues of its pharmacy services sector grew by 2% compared to the same period in 2019 while its retails segment increased by 3%.

Notably, the biggest gainer is its healthcare benefits segment with a 6% jump year over year in revenues.

During these six months, CVS increased its medical memberships by 134,000 individuals to add Medicare and Medicaid insurance products.

On top of these, CVS reported that it had administered almost 2 million tests for COVID-19 in July—a number that continued to grow as the pandemic progressed throughout 2020.

In its second quarter earnings report, the company recorded a 15% increase in the number of its HealthHUB visits for regular members and Aetna cardholders.

This 2021, CVS plans to boost its digital health services by adding more segments like a behavioral support unit.

Overall, CVS has been performing better than its peers despite the pandemic thanks to its efforts on transforming itself into a more affordable healthcare benefits provider.

In fact, the company raked in $4.9 billion in profits in July 2020 alone—a whopping 48% jump from its performance in the previous year over the same period.

Most importantly, CVS is offering a dividend of $0.50 per share. Although the company hasn’t exactly raised this since 2017, it remains a preferable yield of 3.54%. This is way better than the average 1.8% payout from the S&P 500.

Despite all these, CVS is still one of the unpopular stocks among investors today.

All three companies have managed to still make a notable profit and fared relatively well despite the pandemic.

They are also underpriced, trading at roughly 14 times earnings or even less. On top of these, each pays dividends and offers an ROE of at least 11%.

Keep in mind that aging is an unstoppable and undeniable trend.

You’ve heard about the large number of Baby Boomers hitting retirement age, with the last of the roughly 72 million from that generation in the US alone turning 65 by 2030.

By 2034, older adults will outnumber children aged 18 and under. That has never happened in American history.

This isn’t a unique case in the US either.

The same is happening in Europe, where 1 of 5 people is already at least 65 years old. Asia is also expected to experience the same thing within the decade, particularly in South Korea and Singapore.

All three stocks, Anthem, UnitedHealth, and CVS offer reasonable opportunities at their current prices. They actually fit the textbook definition of value stocks. Hence, buying and holding these stocks is one of the most straightforward strategies over the next decade and beyond.

To put it simply, this only means one thing. For investors of these medical insurance stocks, time is literally on your side. 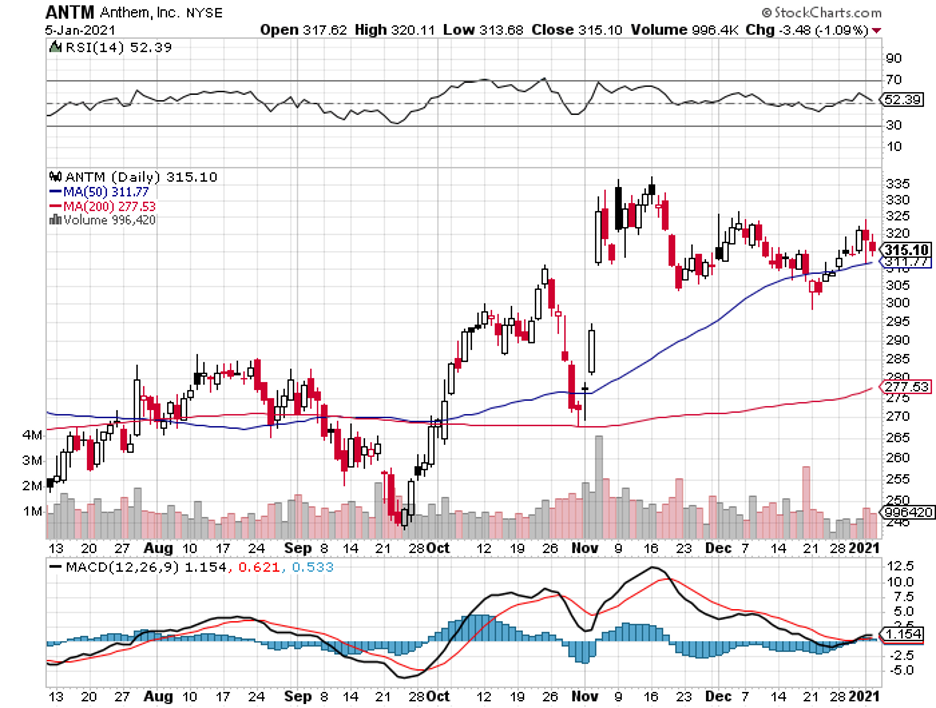 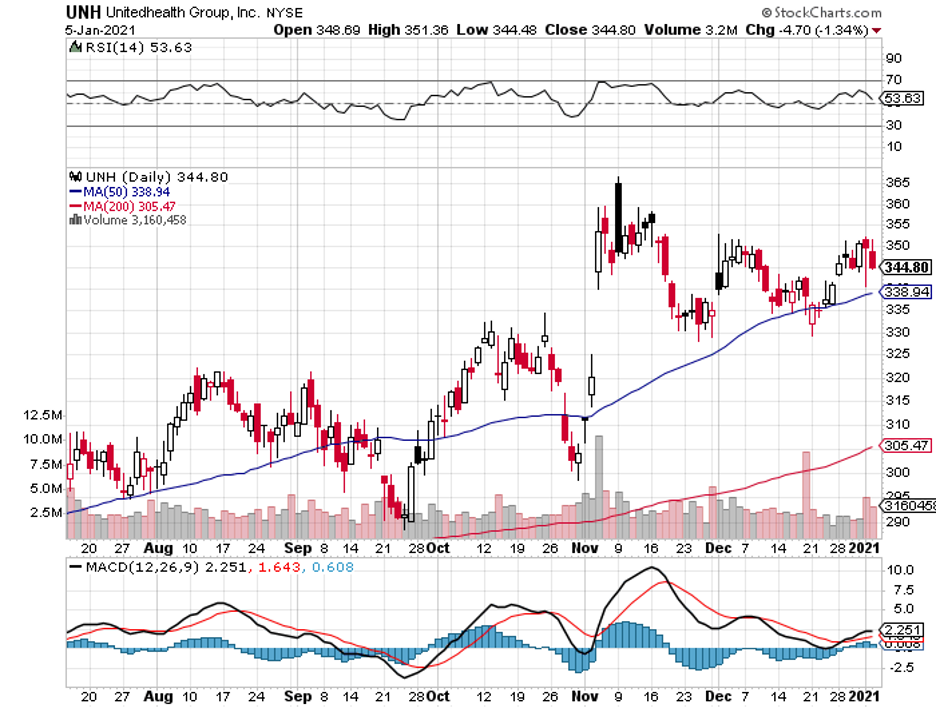 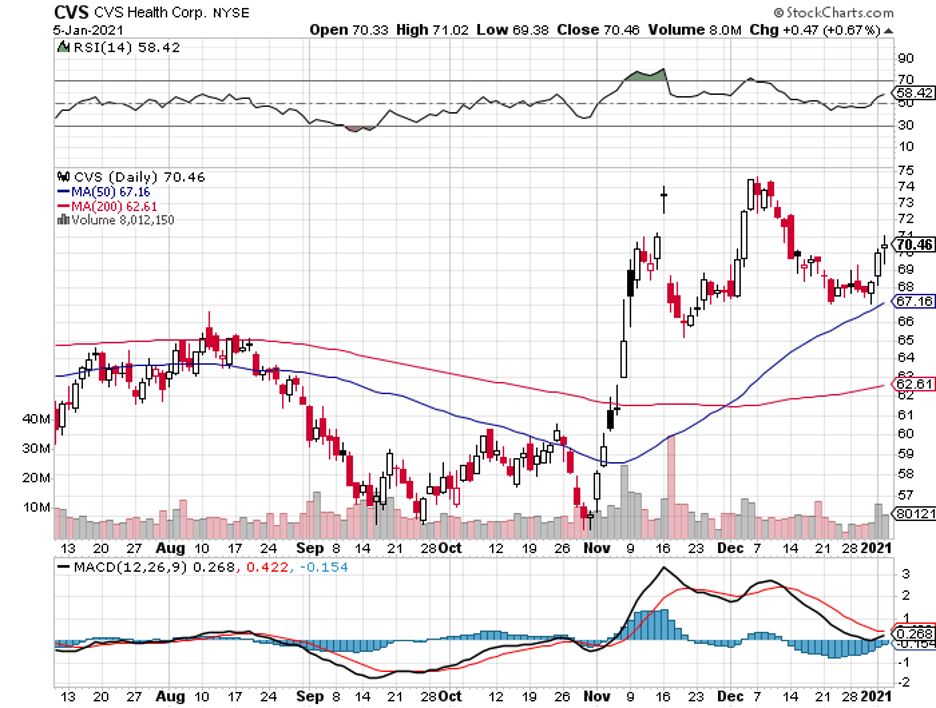