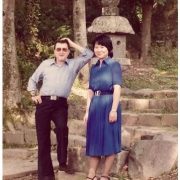 I was saddened to hear of the death of my close friend, the Australian, Murray Sayle, after a long battle with Parkinson's disease at the age of 84.

Murray was one of the giants of journalism in the second half of the 20th century. He started by editing the newspaper at University of Sydney, where his incendiary opinions got him expelled from school. It seems there was a problem with his suggestion to erect a statue of Priapus at the administration building honoring the chancellor, but only at the back door. He moved on to London's Fleet Street in 1952, arriving as a wet behind the ears, but sassy colonial, and landed a job with a small paper named The People. This was when the media was then dominated by giant daily broadsheets. He went on to become the quintessential war correspondent, reporting for the London Times, known in the trade as the ?Thunderer?, because the building shook when its giant presses ran.

I first met Murray in 1975 at a Mensa meeting in Tokyo where I was presenting a paper on the chemical structure and properties of tetrahydrocanabinol. Murray was on the hunt for a story, as always. He was cooling off after a decade of dodging bullets, bombs, shrapnel, and napalm covering the war in Vietnam. Murray once told me that since his writings were often perceived as antiwar, it was a tossup who would shoot him first, the Vietcong or the Americans. Murray told me that the Foreign Correspondents' Club of Japan had one of the best English language libraries in the country, and that he would be happy to sponsor me for membership; thus inadvertently, launching me on a career in journalism.

Murray moved into a converted 19th century silk worm grower's farm house in a small mountain hamlet three hours outside of Tokyo with his wife Jenny, his tireless and loyal supporter. There, they raised three children who went through the local Japanese school system, soldiering on in their 19th century black German cadet uniforms as the only white kids in the district, emerging as flawless interpreters. I often made the long and arduous trip to Aikawa-cho (?Love River?) on weekends; spending long nights over endless flasks of hot sake listening to Murray drunkenly quote extended passages verbatim from Rudyard Kipling. We passionately debated the issues of the day until we fell asleep at the kotatsu. If I learned nothing else, it was that there is always another way to look at any issue. As I had the tendency to always turn up with a different Japanese girlfriend, his pet name for me became 'Randy'.

Over a career that spanned nearly 70 years, Murray scored countless interviews with notoriously difficult to reach figures, like Ch? Guevara and Yasser Arafat. He managed to nail defecting British spy, Kim Philby, by staking out the one newspaper stand in Moscow that sold the Financial Times. Murray would regale me with tales of Ugandan dictator 'Big Daddy' Idi Amin, who stored the severed head of his wife's former lover in his refrigerator. Murray won numerous awards for his Vietnam coverage and for his description of the barbarous downing of a Korean Airlines flight 007 off the coast of Japan by a Russian fighter in 1983, which killed 269 helpless civilians.

Just before he died, the university that shamefully ejected him 65 years earlier, made amends by awarding him an honorary doctorate. The wit, candor, and insight of this larger than life figure will be sorely missed.

Why the Stock Market is Still Going Up
Scroll to top