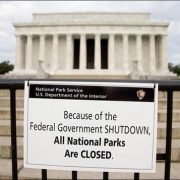 If it hasn?t happened by today, then it is no more than a week away. The deep discount suffered by American stocks is about to go away. Thanks to the manufactured uncertainty emanating from the nation?s capital created by the government shutdown, stocks have been selling at a 10% or more discount to where they should be.

As things stand, the shutdown is chopping about 1/8% a week from America?s GDP growth. If it runs for another week, it will add up to a 0.25%. What economists haven?t considered in these figures is the additional 0.25% loss that will come from a restart of the government. People are so afraid of the shocking cessation of many government services that they are cleaning out ATM?s, forcing the banks to maintain higher than normal cash levels.

The 2013 Federal budget provides for $3.8 trillion in government spending out of a $16.5 trillion GDP, some 23%. I tried to get more precise figures by clicking the link for the Department of Commerce Bureau of Economic Analysis website (http://www.bea.gov/index.htm ), and was greeted by the closest thing you can imagine for a middle fingered salute. You just don?t snap your fingers and expect a quarter of the economy to sprint out of the blocks.

There is another cost to consider. All government statistics have been rendered meaningless for the rest of the year. Even if the government restarts tomorrow, aberrations in the data will plague us well into next year, making economic forecasts more difficult and less meaningful than usual. This is when the moving averages for data series will really earn their pay.

My political theory for the past three years has been that the Tea Party wing of the Republican Party will act unimaginably stupid, dragging governance to new lows, wreaking the maximum amount of damage possible. They feel that if they can?t own the government, they must break it.

Gerrymandering means they can?t be dislodged by elections. These people are being cheered by supporters for their appalling behavior back home in the heartland of America. This will ultimately lead to the destruction of the Republican Party, and is why President Obama is quite happy to sit on his hands and do nothing. Why interfere when your opponent is committing suicide?

So far I have been right on the money. An accurate political read has been a major element in delivering my 100% gain since the end of 2010, no matter how unpopular it may be.

This is all spectacular news for investors, who have recently been boning up on their history. The 17 government shutdowns since 1975 have averaged six days. After each one, stock rose by an average 7.8% in the following six months, and by 13.2% over the following year. We could be in for similar returns in this round. ?It looks like its going to be off to the races once again, and my yearend target of 1,780 for the (SPY) is looking good.

The 0.5% in growth we are losing this quarter will get rolled into the next. Q1, 2014 was already setting up to be hot, thanks to a global synchronized recovery in the US, Europe, Japan, China, and even Australia. Some 60% of world GDP is now enjoying unprecedented easy money. This concentration of more growth into the next quarter could take the US GDP figure as high as an annualized 3.5%.

Portfolio managers have already figured this out, which is why they are relentlessly buying every dip, and explains the modest 3.5% drop in the S&P 500 we have seen since the shutdown began. Providing additional rocket fuel is the fact that many firms are under the gun to get new money into the market by the end of the year.

There is one certainty here. The shutdown firmly takes a taper by the Federal Reserve off the table for 2013. It turns out that Ben Bernanke correctly read that the Tea Party would drive the economy off a cliff, and that the safety net of continued monetary stimulus was needed. Nice call, Ben! This will give the bulls the fodder they need to take stock prices up all the way until next spring, when we may finally get a real taper.

I would be using the down days from here on to scale into the hottest sectors of the market, especially the 2X leveraged ETF?s. You can do this with consumer discretionary stocks with the (XLY), (UCC), industrials with (XLI), (UXI), technology with (XLK), (ROM), and with health care through the (XLV), (RXL).

This is what I really want to know. Last Sunday, the hit TV drug show, Breaking Bad, saw its series finale. The cult terrorism drama, Homeland, delivered its third season opener at the same time. The next day, the government closed.

Do you think there is a connection?

Is There a Connection? 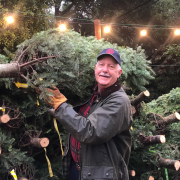 This is Not Your Father?s Nuclear Power Plant