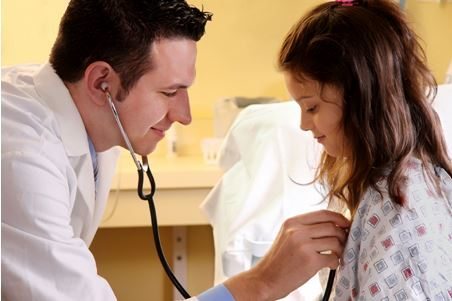 Not a day, an hour, or a minute goes by without the media blasting at me about how terrible Obamacare is. I wondered, how terrible can it be? There?s got to be a trade in there somewhere.

After intensively researching several industries I concluded that the investment opportunities created by the president?s signature legislative accomplishment are absolutely massive. The health care industry is about to get 30 million new customers with government guaranteed payments. Ten?s of millions more are being driven into the arms of the private health insurers as well. It?s almost the same gravy train that the defense industry has been living off of for the past 75 years.

The stock market has been screaming as much at us all year. Take a look at the Health Care Select Sector SPDR ETF (XLV), which has been rocketing for the past three years. Its ascent accelerated on October 1, when Obamacare officially kicked in.

You will also find the same windfall is showering upon the health insurance industry. The shares of the second largest company in the country, WellPoint (WLP) have soared by 68% this year, while the fourth biggest (AET) is up an impressive 40%.

The speeches claiming that Obamacare is a failure were written in September, before the program ever started. Not, September, 2013, but September, 1936, when Republicans fought tooth and nail against Social Security. The speeches are almost identical, word for word. I?m not kidding!

In fact, insurance exchanges are one of the oldest forms of commerce, dating back to London in the 1600?s. Lloyds of London has been around since 1871, and makes a profit in most years.

It will take Obamacare a decade to become fully operational and actuarially sound. After that it should cost the government almost nothing, just a few hundred million dollars a year for administration of the exchanges. Americans are the smartest people in the world, so there is no reason for this not to work, except political ones. In fact, ours should be better than those in Europe and Asia.

The political obstacles will fade as well. Hillary Clinton is the overwhelming front-runner for the 2016 presidential election. If elected, the earliest Republicans could repeal Obamacare would be 2025. There will probably be a liberal majority on the Supreme Court by then as well. With a 12-year track record, it is unlikely that any political party will try to repeal government-sponsored health insurance at that stage.

The stock market is also telling you that Obamacare is here to stay. Believe in the wisdom of crowds. They are usually right.

This is why the shares of entire health care and insurance industries are melting up now. This is why I want to buy into the industry now.

The easiest way to participate is through Health Care Select Sector SPDR (XLV), a basket of companies in the health care industry with a 1.71% dividend yield. Please note that a basket of stocks is going to deliver half the volatility of single stocks.

Therefore, we have to be more aggressive with the positioning to make any money, picking strikes that are closer to the money. Johnson and Johnson (JJ) is the largest holding in this fund, with a 12.8% weighting, while Gilead Sciences (GILD) is the fourth, with a 5.1% share. For a list of the largest components of this ETF, please click here https://www.spdrs.com/product/fund.seam?ticker=XLV .

As soon as the current correction ends, I?ll shoot out a Trade Alert to you as fast as the speed of light.

I Think I Hear a Trading Opportunity