Regular readers of this letter are probably weary of me harping away about the financials as a great place to put your money for the rest of 2014.

Never mind that these names have all jumped 10% in the past month. But this is not an ?I told you so? story. This is more of a ?But wait, there?s more,? story.

The basis for my call is quite simple. I believe that bond prices are peaking, and yields bottoming. As mining the yield curve is a major source of bank profits, borrowing short term and lending long term, a rise in interest rates falls straight to the bottom line. Thus, buying banks is an indirect way of selling short the bond market.

However, there are many more reasons to overweight this long neglected sector. In a market that has gone virtually straight up for the past three years, many large institutions are going to be forced to roll money out of leaders, like my favored technology, energy and health care, into laggards, such as the financials.

Expect this trend to accelerate as we head into yearend institutional book closing, which start as early as October 30.

Look at other important drivers of bank profits, and you?ll find them at multi decade lows.

Trading and investment banking volumes are off 30%-40% from mean historic levels. We options traders already know this all too well, as turnover has cratered and spreads widened due to investor lack of interest.

This is especially true of put options, which are now being given away virtually for free. Volatility that seems to permanently live at the $12 handle is another such indicator of this disinterest.

This will not last. If my ?Golden Age? scenario plays out in the 2020?s (click here for ?Get Ready for the Coming Golden Age?), trading and investment banking volumes will not only double to return to the norms, they will skyrocket tenfold from today?s tedious, moribund levels.

Indeed, I have recently discovered an entire subculture of financial oriented private equity firms currently amassing portfolios that are betting on precisely such an outcome. Think of big, smart, long-term money. The big bets on the coming decade are being made now.

There is another ripple in the case for banks. After passage of the Financial Stability Act of 2010, otherwise known as ?Dodd Frank?, banks became target numero uno of the federal government. The public?s demand for accountability for the 2008-09 crash knew no bounds.

As a result, the fines and settlements with the big banks, most of which were rescued from bankruptcy by the government, now well exceed $100 billion. Four years into the enforcement onslaught, the Feds are running out of scandals to prosecute. There is nothing left for the banks to plead guilty to.

This means that a major portion of the banks? costs are about to disappear, not only new massive fines, but hundreds of millions of dollars in legal fees and diverted management time as well. More money drops to the bottom line.

Dramatically rising income? Substantially falling costs? Sounds like ?Ka-ching? to me, and a ?BUY? for the bank stocks.

The bottom line is that bank stock could double from here in coming years. It is not hard to pick names. Bank of America (BAC) took the big hit on fines and settlements, and therefore should enjoy the largest bounce.

So should Citigroup (C), which came the closest to vaporizing. And for good measure, I?ll throw in American Express (AXP) as a play on the burgeoning credit card spending by the growing class of well to do. 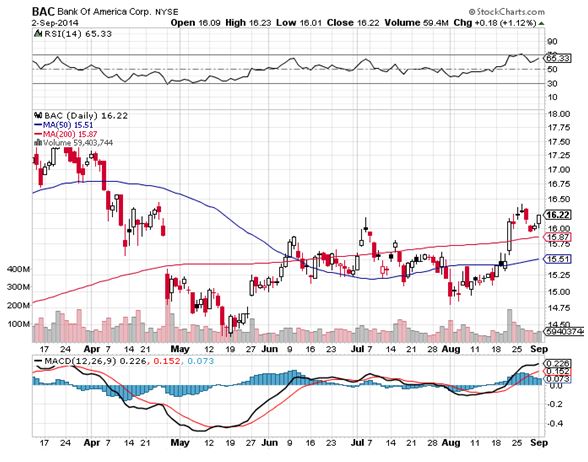 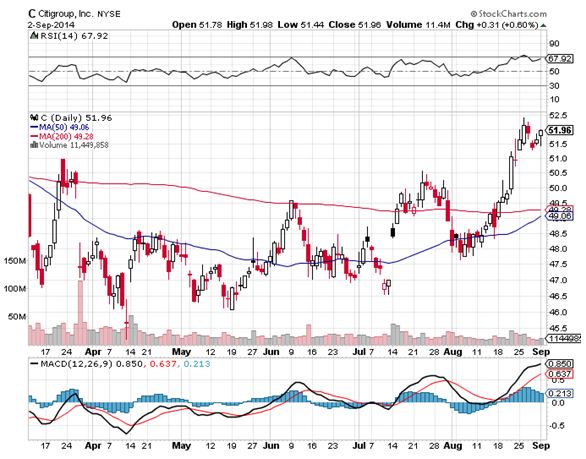 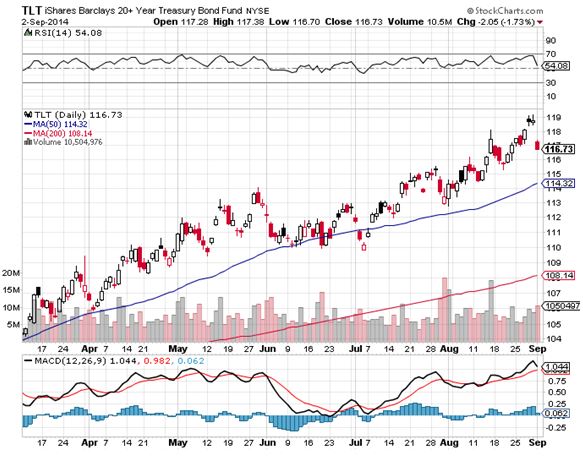 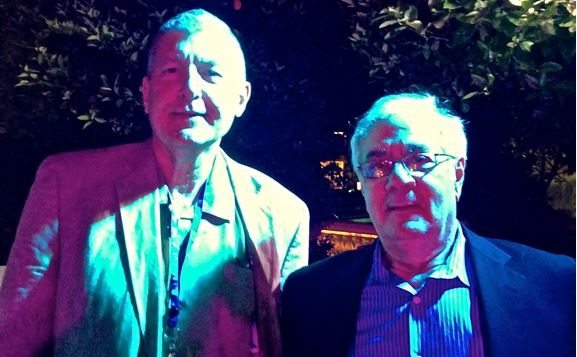 Barney Frank Had a Few Things to Say