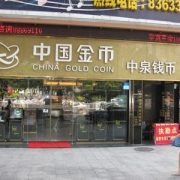 My friends in the gold futures puts have been telling me that the Chinese have emerged as major buyers in recent months. ?Year-to-date imports have reached 458 tonnes, more than four times the amount during the same period last year ? that amounts to $25 billion in real money. ?This is on top of the country?s massive local gold production, which is kept entirely in country, the exact details of which are unknown.

Explanations run the entire gamut of possibilities. ?There is a concerted attempt by the People?s Bank of China to diversify away from Treasury bills, notes and bonds at a 60-year market high. ?Since the end of 2011, the Middle Kingdom?s holdings of Treasuries have increased by a mere $12.4 billion to $1.164 trillion.

The Chinese have been investing in the entire range of higher-yielding securities, including European sovereign bonds with near junk bonds and emerging market debt, like the bonds issued by Singapore. ?They have also aggressively stepped up their foreign direct investment, picking up important energy assets in Canada just last month.

The Chinese could be buying gold for the simplest reason of all: it?s going up. Private gold ownership carried a death penalty there four years ago. Today there are precious metals coin shops in every city center.? The government is now encouraging individuals to keep some savings in gold. ?With a middle-class now at 400 million, that adds up to a lot of buyers.

Gold remains my favorite asset class, and I?ll be looking to jump back in on the next dip.

Quote of the Day QE3 Blows Out Bears.
Scroll to top