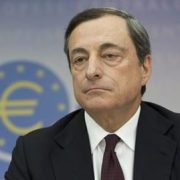 You usually don?t expect US housing data to cause the collapse of a foreign currency. But that is exactly what happened this morning.

The announcement by the Census Bureau that new home stats for July came in at a breathtaking 1.09 million, up 15.7%, blew away even the optimistic forecasts. Earlier figures for June were revised up substantially.

New building permits for July came in at a robust 1.1 million. Perma bears on the housing market were sent scampering to lick their wounds.

The real shocker was that the Euro promptly dropped 50 basis points, piercing a major support level on the long term charts. The short Euro ETF (EUO), which I have been recommending since the spring for my non-option clients skyrocketed. That clears the way for a run in the (FXE) down to $127.

The (FXE) wasn?t the only asset that saw a kneejerk reaction. The Treasury bond market (TLT) dove by 1 ? points. It is now 2 ? points off the short squeeze high last Friday, when false rumors of a Russian invasion of the Ukraine caused traders to panic. This sent the ProShares Ultra Short 20+ Year Treasury ETF (TBT) soaring, which I am also long.

You can come up with a nice academic theory as to why there is a connection between American housing data and the beleaguered continental currency. Stronger housing means a better economy and higher dollar interest rates, sooner.

As interest rates differentials are the primary driver of foreign exchange markets, this is great news for the greenback and terrible news for the Euro.

The truth is a little more complicated than that. The outlook for the European economy is now so poor, thanks to the sanctions against Russia, that traders and investors have been desperate to add to their short positions. After the prolonged, one-way move down we saw this summer, the Euro managed barely a one-cent short covering rally in the past week.

There is another factor that no one else is talking about. Scotland is about to hold a referendum on whether it should break away from the United Kingdom. Scottish nationalists are hoping for the best.

If successful, it could spur other independence movements across Europe. Catalonia is having a similar vote to break away from Spain in November, with some separatists avid followers of this letter (yes, that?s you, Joan!). The Basque region is not far behind. If this trend ripples across the continent, it would be hugely Euro negative.

The European Central Bank is almost certain to lower Euro interest rates and expand quantitative easing at a September or October meeting. This will weaken the Euro further, paving the way for a move to $127, and eventually $120.

That?s why I am doubling my shorts in the (FXE) today, even though we are at the low for the year. Non-options players should buy more of the ProShares Ultra Short Euro ETF (EUO). 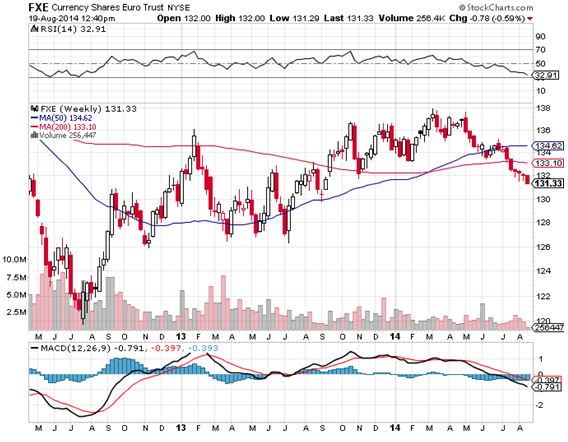 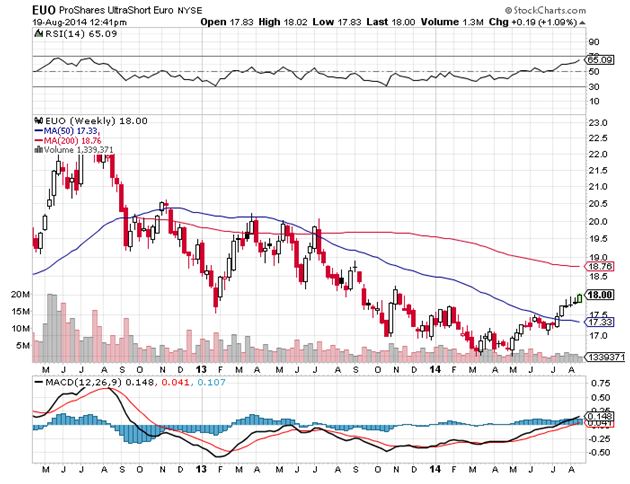 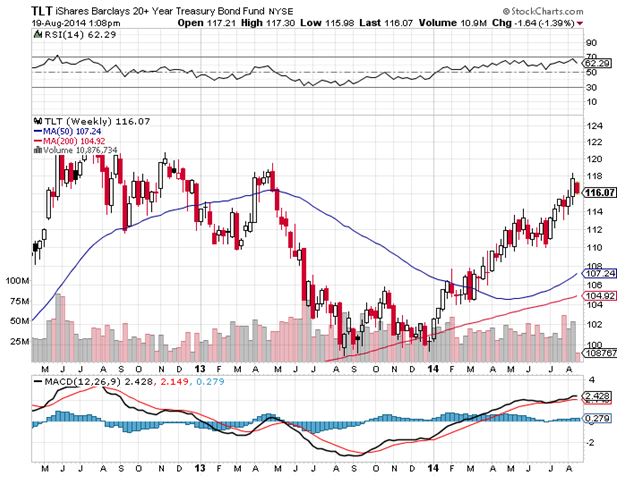 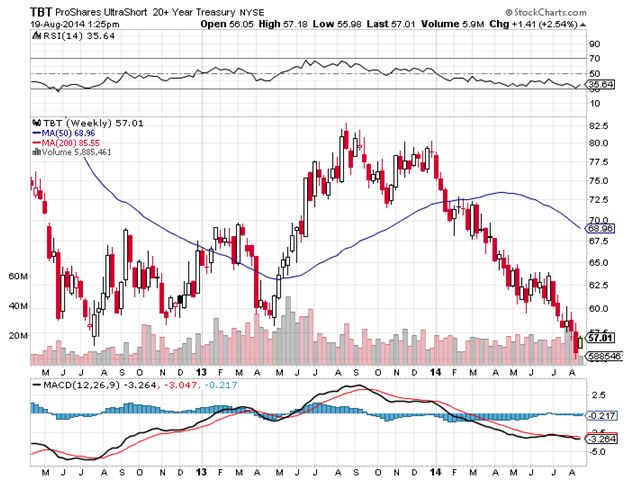 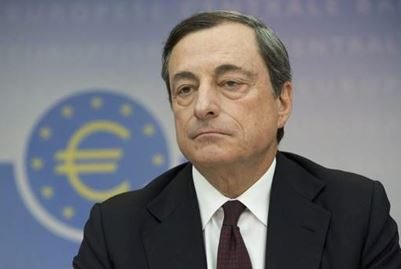 The Euro is Not Looking So Hot