If you want to delve into the case against the long-term future of US Treasury bonds in all their darkness, consider these arguments.

The US has not had a history of excessive debt since the Revolutionary War, except during WWII, when it briefly exceeded 100% of GDP.

To accomplish this, strict ?pay as you go? rules enforced by the previous Clinton administration were scrapped. The net net was to double the national debt to $10.5 trillion in a mere eight years.

Another $6.5 trillion in Keynesian reflationary deficit spending by President Obama since then has taken matters from bad to worse. The Congressional Budget Office is now forecasting that, with the current spending trajectory and the 2010 tax compromise, total debt will reach $23 trillion by 2020, or some 130% of today?s GDP, 1.6 times the WWII peak.

By then, the Treasury will have to pay a staggering $5 trillion a year just to roll over maturing debt. What?s more, these figures greatly understate the severity of the problem.

They do not include another $9 trillion in debts guaranteed by the federal government, such as bonds issued by home mortgage providers, Fannie Mae and Freddie Mac. State and local governments owe another $3 trillion. Double interest rates, a certainty if wages finally start to rise and our debt service burden doubles as well.

It is unlikely that the warring parties in Congress will kiss and make up anytime soon, especially if we continue with a gridlocked congress after the November midterm elections. It is therefore likely that the capital markets will emerge as the sole source of any fiscal discipline, with the return of the ?bond vigilantes? to US shores after their prolonged sojourn in Europe. If you don?t believe me, just look at how bond owners have fared this week. Ouch!

Since foreign investors hold 50% of our debt, policy responses will not be dictated by the US, but by the Mandarins in Beijing and Tokyo. They could enforce a cut back in defense spending from the current annual $700 billion by simply refusing to buy anymore of our bonds.

The outcome will permanently lower standards of living for middle class Americans and reduce our influence on the global stage.

But don?t get mad about our national debt debacle, get even. Make a killing profiting from the coming collapse of the US Treasury market through buying the leveraged short Treasury bond ETF, the (TBT). Just pick your entry point carefully so you don?t get shaken out in a correction. 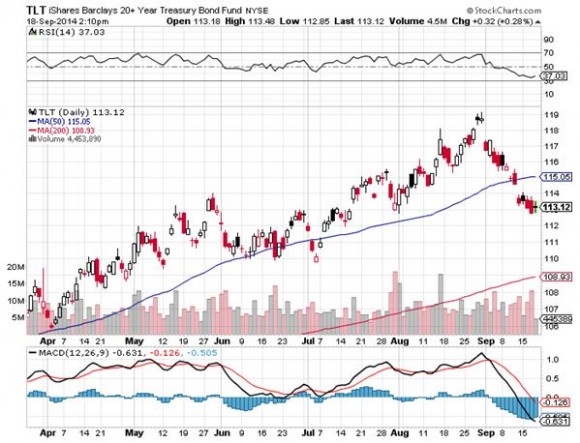 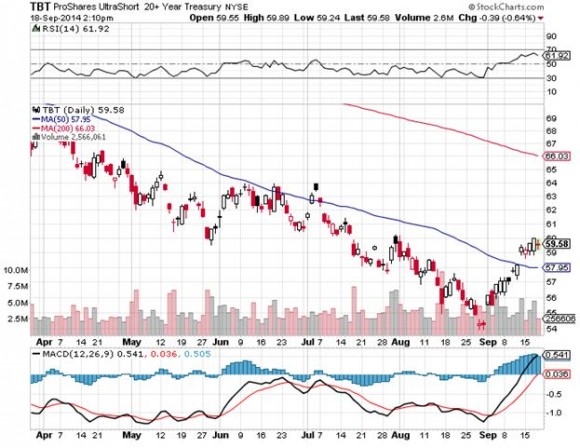