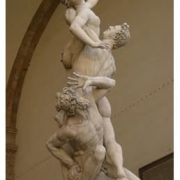 Have I seen this movie before? Four years ago, analysts were predicting default rates as high as 17% for Junk bonds in the wake of the financial meltdown, taking yields on individual issues up to 25%.

Liquidity in the market vaporized, and huge volumes of unsold paper overhung the market. To me, this was an engraved invitation to come in and buy the junk bond ETF (JNK) at $18. Since then, the despised ETF has risen to $41, and with the hefty interest income, the total return has been over 160%. What was the actual realized default rate? It came in at less than 0.50%.

Fast forward to two years ago (has it been that long?). Bank research analyst Meredith Whitney predicted that the dire straits of state and local finances will trigger a collapse of the municipal bond market that will resemble the ?Sack of Rome.? She believed that total defaults could reach $100 billion. This cataclysmic forecast caused the main muni bond ETF (MUB) to plunge from $102 to $93. Oops! That turned out to be one of the worst calls in the history of the financial markets. But the fees she earned making such a bold prediction landed her on Fortune?s list of the wealthiest women in America.

I didn?t buy it for a second. States are looking at debt to GDP ratios of 4%, compared to 100% for the federal government. They are miles away from the 130% of GDP that triggered distressed refinancing?s by Italy, Greece, Portugal, and Ireland.

The default risk of muni paper is being vastly exaggerated. I have looked into several California issues and found them at the absolute top of the seniority scale in the state’s obligations. Teachers will starve, police and firemen will go on strike, and there will be rioting in the streets before a single interest payment to bond holders is missed.

How many municipal defaults have we actually seen in the last 20 years? There have only been a few that I know of. The nearby City of Vallejo, where policemen earn $140,000 a year, is one of the worst run organizations on the planet. Orange County got its knickers in a twist betting their entire treasury on a complex derivatives strategy that they clearly didn’t understand, sold by, guess who, Goldman Sachs (GS). The Harrisburg, PA saga continues. To find municipal defaults in any real numbers you have to go back 80 years to the Great Depression. My guess is that we will certainly see a rise in muni bond defaults. But it will be from two to only a dozen, not the hundreds that Whitney is forecasting.

Let me preface my call here by saying that I don?t know much about the muni bond market. It has long been a boring, quiet backwater of the debt markets. At Morgan Stanley, this is where you sent the new recruits with the ‘C’ average from a second tier school who you had to hire because his dad was a major client. I have spent most of my life working with top hedge funds, offshore institutions, and foreign governments for whom the tax advantages of owning munis have no value.

However, I do know how to use a calculator. Decent quality muni bonds now carry 3% yields. If you buy bonds from your local issuer, you can duck the city, state, and federal tax due on equivalent grade corporate paper. That gives you a pre tax yield of 6%. While the market has gotten a little thin, prices from here are going to get huge support from these coupons.

Since the tax advantages of these arcane instruments are highly local, sometimes depending on what neighborhood you live in, I suggest talking to a financial adviser to obtain some tailor made recommendations. There is no trade for me here. I just get irritated when conflicted analysts give bad advice to my readers and laugh all the way to the bank. Thought you should know.

There are two additional tail winds that munis may benefit from in 2013. No matter what anyone says, your taxes are going up. Balancing the budget without major revenue increases is a mathematical impossibility. That will increase the value of the tax-free aspect of munis. A serious bout of ?RISK OFF? that sends the Treasury market to a new all-time high, as I expect this summer, will cause munis to rise even further.

Perhaps the best way to play this area is through the Invesco High Yield Muni A Fund (ACTHX), which boasts a positively Olympian 5.56% tax-free yield.

This is Not the Muni Bond Market 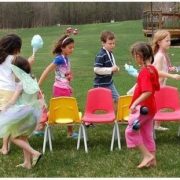 Bank of America is Breaking Out All Over