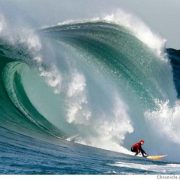 The prospect of a runaway printing press at the Federal Reserve has been the overwhelming factor driving risk assets in 2012.? Being the sober, cautious guy that you all know me to be, I did not join the party. I tell people this is because if I lose all my money I am too old to start over again as an entry level trader at Morgan Stanley.

There is the additional complication that they probably wouldn?t touch me with a ten foot poll anyway. I never was much of an organization man, and in any case the firm has changed beyond all recognition from the small, white shoed, private partnership I knew during the early 1980?s.

Not that I am a party pooper. In fact, I believe that the prospect of further quantitative easing is a complete. The LTRO, Europe?s own quantitative easing, also known as QE3 through the backdoor, with a foreign accent and without a green card, never made over to the US. It poured into European sovereign debt instead, then yielding 8% to 15% for investment grade paper. On my advice, the Chinese government lapped it up.

You can see this clear as day by looking at the chart below prepared by the Federal Reserve of St. Louis, which tabulates a broad, adjusted monetary base. It has been flat as a pancake since QE2 ended on June 30, 2011. That is the day the $75 billion a month in government bond buying abruptly ended. It also was the day that the meteoric assent by the broader money supply came to a screeching halt.

The implications of this for the stock market are not good. It means that the entire rally in global equities from the October lows has been faith based. As I never tire of telling my guests at my strategy luncheons, faith based actions are religions, not investment strategies, and the church down the street can do a far better job at this than I can. Take away that faith, turn traders back into the mercenary agnostics that they really are, and all of a sudden stocks look very expensive.

Listeners to my biweekly strategy webinars already know that we have a 4% GDP stock market and a 2% GDP economy. We also have PE multiple for stocks expanding just when analysis are chopping forecasts as fast as they can. Outside of Apple and Google, who is really going to announce a blowout Q1, 2012, with China and Europe in a race to see who can get into recession the fastest, the source of 50% of S&P 500 earnings?

Now that I have had my say, I?m taking the rest of the afternoon off. There is a major storm approaching the US west coast and with luck, I can surf some 50 foot waves at the nearby Mavericks, dodging jagged rocks along the way. Like I said, I was always a sober, cautious guy.