Those who woke up early Friday morning may be forgiven for blinking at their screens quite a few times.

The Japanese stock market blasted 5% to the upside, taking the Wisdom Tree Japan Hedged Equity ETF (DXJ) up a staggering 8%.

Was this a trick or treat?

It only took a few seconds for me to learn that this was all in reaction to bold moves announced by the Bank of Japan overnight. In one fell swoop, they boosted their target for monetary expansion this fiscal year from Y60 trillion to Y80 trillion, an instant gain of 33%, or $200 billion.

Prorate this number for the difference in out two nations? GDP?s, and that is like the Federal Reserve announcing a new $700 billion monetary stimulus program out of the blue. Quantitative easing is not dead. The baton has merely been passed from the US to Europe and Japan.

The bottom line for us? Asset prices everywhere go higher.

Of course, readers of the Mad Hedge Fund Trader knew all this was coming.

While taking profits yesterday on my Japan yen put spread, I cautioned holders of the ProShares Ultra Short Yen ETF (YCS) to hang on because the beleaguered Japanese currency was headed much lower.

Parsing through the BOJ statement, it?s clear that these spectacular, once a decade moves were justified.

When the Japanese government implemented a poorly conceived tax increase in April, the BOJ sat on its hands.

After sleeping through most of the year, the hand of Japanese central bank was finally forced by simultaneous weakness in Europe. It is now implementing the Fed QE policy lock, stock, and barrel, given the proven excellent results here in the US. They are only five years late!

An even bigger blockbuster was another announcement made by Japan?s government controlled Pension Investment Corp. that it was totally reshuffling its massive $1.2 trillion investment portfolio.

It is doubling its allocation to international equities from $150 billion to $300 billion. Given the dire conditions in Europe, you can count on most of that money going into the US stocks. That explains our gap up in the (SPX) this morning, and a similar move down in bonds (TLT), (TBT).

Here is their new Model Portfolio:

The net effect of all of this is to effect an epochal move out of bonds and into stocks, and also to increase international investments at the expense of domestic ones.

I believe this is the beginning of a prolonged world-wide investment trend.

The bottom line for us traders here is that the Japanese action opens up the possibility of an entire ?RISK ON? leg upward. This is occurring on top of one of the sharpest legs up in market history.

All of a sudden, my yearend target of $2,100 for the S&P 500 is firmly back on the table. If you missed my earlier Trade Alerts to cover your last short positions at a loss, it is better to cover them at the earliest opportunity. Don?t let the losses run further. 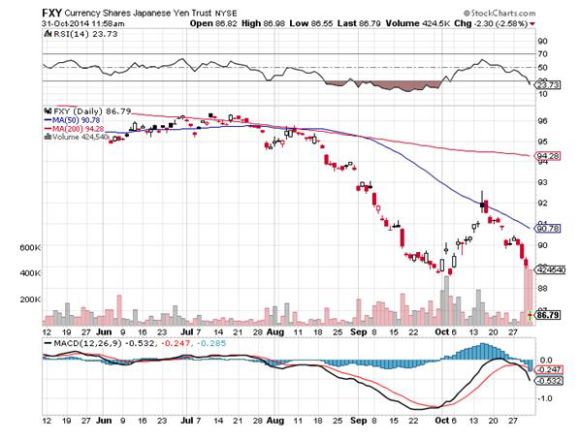 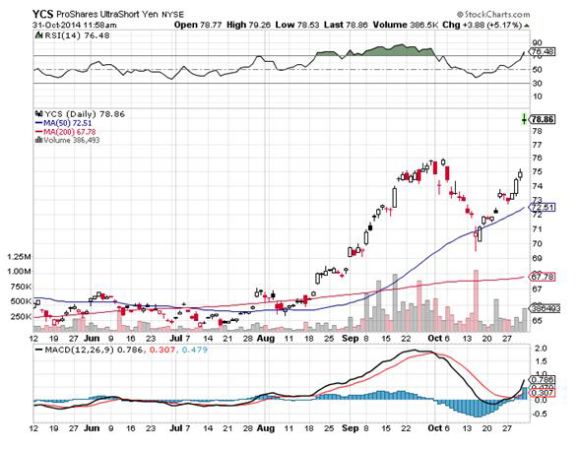 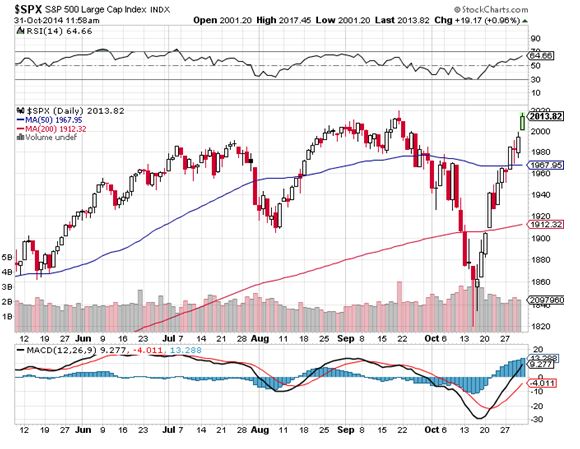 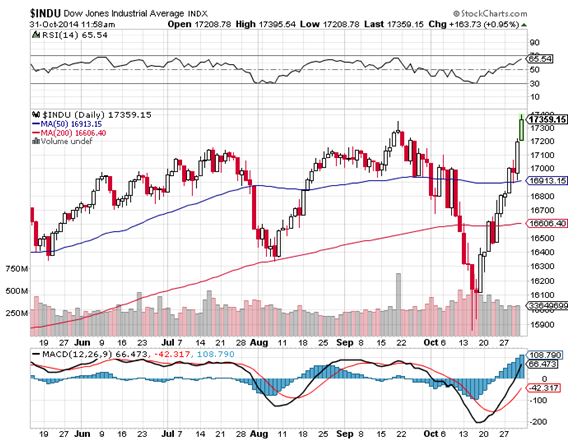 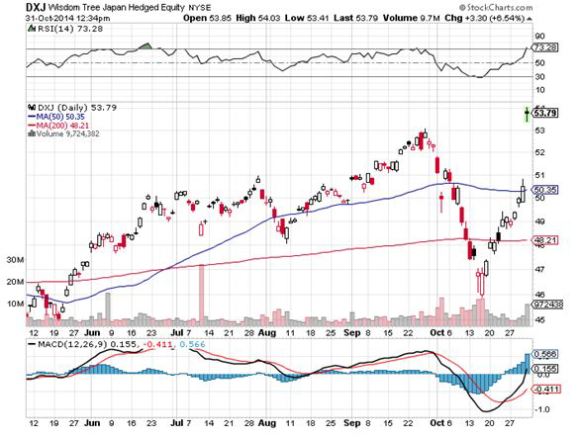 Japanese Yen Melts Down to 12-Year Low!
Scroll to top