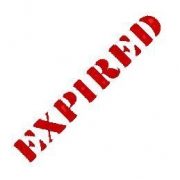 This is not a new trade, just the expiration of an existing one at its maximum profit point. The profit should be credited to your account as cash today, and the margin released.
It turned out that the S&P 500 was not as hot as some perma bulls believed, and that the index would not rise everyday for the rest of the year. Instead it hit the wall of the summer doldrums, flat lining for the month in an incredibly narrow range.

Of course, I did get an assist on the geopolitical front. There?s nothing like having a nice short position when Israel invades Gaza, and the Russians accidently shoot down a Malaysian Airliner. That?s why always carrying a ?Black Swan? insurance policy at all times can be very useful.

The trick is now to find another good short side entry point with which to balance out our longs, now that this one has expired at its maximum profit point.

Here are the specific expiration values you need to close this position on your profit and loss statement:

You Never Know Where They?re Going to Come From