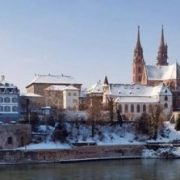 Come join me for lunch for the Mad Hedge Fund Trader?s Global Strategy luncheon, which I will be conducting in Basel, Switzerland on Wednesday, July 27, 2016.

A three-course lunch will be followed by an extended question and answer period.

I?ll be giving you my up to date view on stocks, bonds, foreign currencies, commodities, precious metals, and real estate.

And to keep you in suspense, I?ll be tossing a few surprises out there too. Enough charts, tables, graphs, and statistics will be thrown at you to keep your ears ringing for a week. Tickets are available for $257.

I?ll be arriving at 11:30 AM and leaving late in case anyone wants to have a one on one discussion, or just sit around and chew the fat about the financial markets.

The lunch will be held at an exclusive five star hotel in the downtown area of the city, the location of which will be emailed to you with your purchase confirmation.

Basel is the city in Northwestern Switzerland where the German, French, and Italian cultures meet.

The third largest city in the country, it has been a major trade center since the Renaissance. During the 20th Century, it became the capital of the global pharmaceuticals industry.

Much of the Altstadt, where I?ll be staying, dates back to the 15th century. Basel offers a wealth of museums and other cultural amenities. It is also the site of many international conferences.

I know Basel well from my days as a director of the former Swiss Bank Corporation (now a subsidiary of UBS). 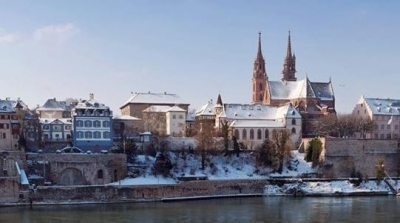