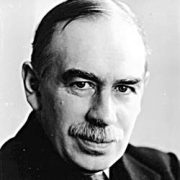 Much of Wall Street was scratching their heads yesterday as the iPath S&P 500 Vix Short Term Futures ETN (VXX) plunged to new lifetime lows despite a 69 point decline in the Dow index. It wasn?t supposed to work that way. Falling markets should send investors scrambling to buy downside protection in the form of put options which would automatically send the volatility index skyward. Except when they don?t.

I spoke to over 30 market participants yesterday attempting to root out the cause of this seeming anomaly. All I got was shrugs or idle speculation. A (VXX) at this level assumes that the complacency now endemic in the market will continue for several more months. It is betting that the S&P 500 will continue moving sideways or up with no pull backs greater that 2%. Oh, really?

It is also discounting a rise in the (SPX) to 1,500, based on a multiple expansion from 14 to 15, while corporate earnings are falling. This will see confirmation when Q1, 2012 earnings start to hit in April. Oh, really again? It will do this in the face of economies that are dramatically slowing in both Europe and china while oil prices are spiking. Oh, really, a third time?

I finally got through to some friends in the Chicago pits who explained what was going on. A sizeable portion of the trading community believes that we will see a rise in volatility someday, but not in the near future. So they have been buying June and September call option in the volatility index (VIX). To pay for these they have been selling short calls in the front month April and May calls.

Since the (VXX) focuses on only the front two months of the options calendar, it has taken an inordinate brunt of the selling. This is why the (VXX) has continued a rapid decent even on days when the (VIX) was stable and the Dow was down. The first hint we got of this was on Monday, March 12 when traders started to roll in earnest from the March to the April (VIX) contract.

When they started executing this trade in December, both the short term and long term volatility were trading around 28. Holding a June or September call while selling calls for each expiring month against it has kept long dated volatility high at 28, but driven short term volatility down to an eye popping 14. Needless to say, it has been a huge money maker for the early participants.

How does this end? At some point we do get a serious sell off in the stock market, and the (VIX) rockets back up to 28 or higher. That means that anyone who initiates this position now will get slaughtered. But the long term players will simply write those losses off against the substantial short dated premium they have taken in in the meantime.

As long as this dynamic is in place, there really is no limit to how far the (VXX) can fall. As traders roll from one expiring month to the next, they will continue to hammer volatility. So when the (VXX) hit my stop loss at $20, the previous lifetime low for this contract, I let it stand and followed up with a trade alert reminder investors to bail.

Any loss that you don?t learn from is a wasted lesson that is bound to be repeated. The key in this situation is to make sure the hits don?t become life threatening by limiting them to small single digits. The combined loss of my two errant (VXX) trades came to -3.46% for my notional $100,000 portfolio. That is not the end of the world. It simply cancels out the profits I made earlier on my short positions in the Japanese yen and natural gas, as well as my long call spreads in Apple and Microsoft. Coming out here also lets me shrink and neutralize my book, a good think in these uncertain times.

I?m sure we?ll see the (VXX) above $30 sometime this year. I just don?t want to bleed to death before it happens. 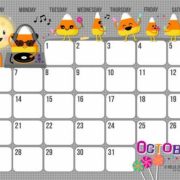 The Coming Market Reaction to the Fed Decision

Buy Flood Insurance With the VIX

Leading Economic Indicator of the Week