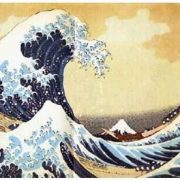 I scoured the bond trading pits in Chicago yesterday, and the answer came back the same everywhere. Overwhelming Japanese buying is pushing up the prices of not just bonds, but all asset classes, including stocks, gold, silver, and even Apple. Not only that, the Japanese driven price dislocations are going to get worse before they get better.

Last month, the world was wringing its hands over the possible loss of quantitative easing. Instead of losing the program we had, we got a second one instead, of equal magnitude, about $85 billion a month. For that, you can thank the new government of Shinzo Abe and his appointment of hyper aggressive Haruhiko Kuroda as the new governor of the Bank of Japan. Think of Ben Bernanke cubed, as his easing program is three times greater than America?s on a per capita GDP basis.

As a result, there is a brand new ocean of liquidity sloshing around the world that doesn?t know where to go. Therefore, it is going everywhere. Japanese institutions are using the huge government bond-buying program in unload their holdings of Japanese government bonds (JGB?s) and replace them with much higher yielding, stronger currency denominated, US Treasuries.

The scary thing is what happens next time we get a selloff in stock prices. With the stock rally now six months old and May nearly upon us, this is not a wild and reckless assumption. You could easily get a surge in bond prices and a drop in yields to 1.50%. There are some outlier forecasts as low as 1.40%. You don?t want to be short any bonds in this potentially extreme situation.

You especially don?t want to wait out a return to sanity in the bond market if you own the (TBT), the 200% leveraged short Treasury bond ETF. Since you are short double the coupon of the long bond, that will cost you about 5% a year in negative interest carry. Add in the management fees and other expenses, and the cost of carry for this ETF comes to about 50 basis points a month. That is a big nut to cover in a negative interest rate world.

Looks Like We?re Getting Another Wave of Japanese Buyers 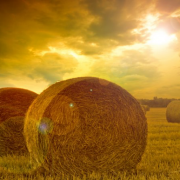 If Bonds Can’t Go Down, Stocks Can’t Either