The summer us coming to a close this weekend, and the longer term, fundamentally driven trends that have been sunning themselves at the beach are about to reassert themselves. The sideways churning moves on low volume that started as early as March are about to come to an end. Therefore, it is time to bulk up my portfolio.

So I am taking this opportunity to double up my short position in the Japanese yen, the currency that everyone loves to hate. My existing (FXY) September, 2013 $103-$106 bear put spread is now well in the money and expires in 15 trading days. Today?s alert doubles my exposure and takes in additional premium by going one month further out to October.

From a technical point of view, what is unfolding here is classic chart reading 101. When you get a huge move over a short period of time, such as the 25% collapse in the yen that started in November, the consolidation and digestion period that follows can be very long. In March, I was warning it could be as long as six months, and that is exactly what we got. My friend, Mad Day Trader, Jim Parker, agrees with me. Whenever that happens, you always want to run a double position.

Japanese portfolio managers and corporations have now had half a year to realize their windfall profits on their foreign investments in dollar denominated assets. That was generating hundreds of billions of dollars of dollar selling and yen buying that was supporting the beleaguered Japanese currency, no matter how lousy the fundamentals.

That support is about to end. Whoever has not sold their yen by now is in for the duration, or at least until the next 10% drop, which may be upon us. A breakdown to new lows could take us as far as ?110 in the cash market, or $88 in the (FXY).

For those who can?t play the options markets, better to just buy outright the ETF (YCS).

In the end, this is a bet that Japan will continue to expand its monetary base at a breakneck rate. My friend, Bank of Japan governor, Haruhiko Kuroda, has nailed to the mast his intention to double his country?s money supply in two years. Now that Japan?s economy is growing at a 3.5% rate, the fastest in the industrialized world, this radical, last-ditch monetary policy has the merit in that it is working.

Therefore, it will continue, if not accelerate. In my book, it means it is time to double up.

Time to Double Up

That Other ?Great Reallocation? Out of the Yen 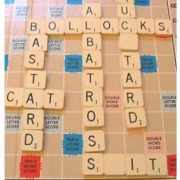 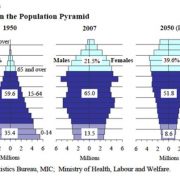 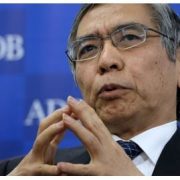 Is This the Chink in Japan?s Armor?