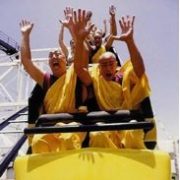 My (BAC) $15-$16 bull call spread is now naked long, so a little bit of downside protection is justified. Keep in mind that this is only a partial hedge, not a full one. But the additional potential profit from this SPDR S&P 500 March, 2014 $189-$192 bear put spread does lower the breakeven price of the (BAC) position by a respectable 46 cents.

The present dynamics of the market favor this trade. All of the action is now in speculative, momentum driven names like Tesla (TSLA), Netflix (NFLX), Facebook (FB), Priceline (PCLN), and Yelp (YELP), which are not even in the (SPY) index. The big leadership names, like financials (XLF) and energy (XLE) are pretty much dead in the water. As long as this is the case, don?t expect any big moves in the (SPY).

And with a short dated March 21 expiration, we only have 15 trading days where we need to be right on this.

As a rule of thumb, don?t chase this spread trade if the price has already moved more than 2% by the time you get the Trade Alert. Just put in a limit order and if it gets done, great. If not, wait for the next Trade Alert. There will be plenty of fish in the sea.

The best execution can be had by placing your bid for the entire spread in the middle market and waiting for the trade to come to you. The middle market is the halfway point between the bid and the offered prices that you see on your screen with your online broker.

The difference between the bid and the offer on these deep in-the-money spread trades can be enormous. Don?t execute the legs individually or you will end up losing much of your profit. Keep in mind that these are ballpark prices only. Spread pricing can be very volatile especially on expiration months farther out. 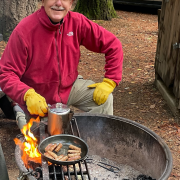 The Golden Age of Big Tech Has Only Just Begun