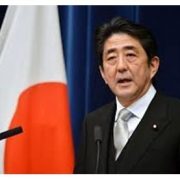 If anyone is expecting the Japanese yen to take back the losses it has suffered over the last two months, you can forget about it happening anytime soon, eventually, or in your lifetime.

Naysayers have been pointing to this week?s policy meeting at the Bank of Japan as proof that the yen has stumbled in the international race to the bottom, and that it is running up the white flag of surrender in the currency wars. They point to the rise in the beleaguered currency from a ?90.16 to the dollar Friday low, back to ?88.4 in the cash market, and a gain in the (FXY) from $108.20 to $110.70. The inverse ETF (YCS) has backed off from $55 to $52.60.

There were several reasons for the pause. BOJ governor, Masaaki Shirakawa, said he would delay any substantial monetary easing until 2014. Hold the presses! Prime Minister Shinzo Abe indicated that if the yen fall became too severe, it might have to be slowed. The US government started carping that the weak yen was giving Japan?s car exports an unfair advantage.

That all-electric Nissan Leaf that cost $38,000 in November can now be sold for $31,000, once the recent currency depreciation is factored in. That is a big difference, and was a cause of frequent trade wars in decades past. How do you think we ended up with a Corolla factory in Fremont, California?

There is something much more fundamental afoot. Japan has been far and away the world?s largest international direct investor for the last 20 years. Trillions of dollars have poured out of the country, snapping up energy resources, commodities, manufacturing facilities, commercial real estate, and yes, lots of golf courses.

When the interest and dividends thrown off by these holdings were brought back to Japan, dollars were sold and yen bought, some $100 billion worth a year. On top of this, you can add $40 billion in interest payments earned on $800 billion in US Treasury bonds held by the Japanese government. Total it all up, and it is not only enough to support the yen, but to send it to new highs continuously for the past two decades, no matter how dire the worsening fundamentals of the domestic Japanese economy.

So what happens next? Think of the Nissan Leaf trade in reverse. That American factory that cost $1 billion in 2012 will now set a Japanese investor back $1.2 billion. Ditto for the government?s purchase of US Treasuries. The Japanese won?t stop their foreign investment completely, but they are now being priced out of the market in many transactions, and it will slow appreciably. So does that repatriated interest and dividends. This will feed into a weaker yen over the long term.

Given more time, Japan?s other awful fundamentals will start to kick in as well. Those include a deplorable demographic outlook, a debt/GDP ratio of 240%, the hollowing out of Japanese industry as it decamped for China, and the new cold war with the Middle Kingdom.

I?ll tell you how recent developments will end. Prime Minister Abe will fire the BOJ governor Shirakawa or he will wait a couple of months for him to retire. That will be consistent with his pedal to the metal strategy for reviving the Japanese economy. Then, the aggressive monetary easing he campaigned and won the election on, will get moved from 2014 back up to 2013–early 2013. Like, tomorrow. Then it will be back to free-fall for the yen.

Use this temporary and long overdue weakness to add short positions in the Japanese yen. You can also pick up more of the short yen ETF here, the (YCS).

Take Away the Meatball and What Are You Left With?