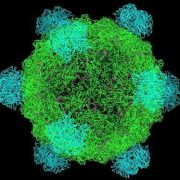 Some 40 years ago, when I was a biotechnology student at UCLA, a handful of graduate students speculated about how dangerous our work really was.

It only took us an hour to figure out how to synthesize a microbe that had a 99% fatality rate, was immune to antibiotics, and was so simple it could be produced in your home kitchen.

Basically, a bunch of bored students discovered a way to destroy the world.

We voiced our concerns to our professors, who immediately convened a national conference of leaders in the field. Science had outpaced regulation, as it always does. They adopted standards and implemented safeguards to keep this genie from getting out of the bottle.

Four decades later scientists have been successful at preventing a ?doomsday? bug from accidently escaping a lab and wiping out the world?s population.

That is, until now.

In 2010, Dr. Craig Venter created the first completely synthetic life form able to reproduce on its own. Named ?Phi X 174,? the simple virus was produced from a string of DNA composed entirely on a computer. Thus was invented the field of synthetic biology, better known as ?SynBio.?

Venter?s homemade creature was your basic entry level organism. Its DNA was composed of only 1 million base pairs of nucleic acids (adenine, thymine, cytosine, guanine, and uracil), compared to the 3 billion pairs in a human genome. Shortly thereafter, Venter one-upped himself by manufacturing the world?s first synthetic bacteria.

The work was hailed as the beginning of a brave new world that will enable biology to make the same dramatic advances in technology that computer science did in the 20thcentury. Dr. Drew Endy of Stanford University says that SynBio already accounts for 2% of US GDP, and is growing at a breakneck 12% per year. He predicts that SynBio will eventually do more for the economy than the Internet and social media combined.

You may recall Craig Venter as the man who first decoded the human genome in 2003. The effort demanded the labor of thousands of scientists and cost $3 billion. We later learned that the DNA that was decoded was Craig?s own. Some five years later, the late Steve Jobs spent $1 million to decode his own genes in a vain attempt to find a cure for pancreatic cancer.

Today, you can get the job done for $1,000 in less than 24 hours. That?s what movie star Angelina Jolie did, who endured a voluntary double mastectomy when she learned her genes guaranteed a future case of terminal breast cancer.

The decoding industry is now moving to low cost China, where giant warehouses have been built to decode the DNA of a substantial part of humanity. That should soon drop the price to $100. It?s all about full automation and economies of scale.

This technology is already spreading far faster than most realize. In 2004, MIT started the International Genetically Engineered Machine Contest where college students competed to construct new life forms. Recently, a high school division was opened, attracting 194 entries from kids in 34 countries. Gee, when I went to wood shop in high school it was a big deal when I finished my table lamp.

This will make possible ?big data? approaches to medical research that will lead to cures of every major human disease, such as cancer, heart disease, diabetes, and more, within our lifetimes. This is why the health care (XLV), biotechnology (XBI), and pharmaceutical (XPH) sectors have been top performers in the stock market for the past two years. It?s not just about Obamacare.

The implications spread far beyond health care. IBM (IBM) is experimenting with using DNA based computer code to replace the present simple, but hugely inefficient, binary system of 0s and 1s. ?DNA based computation? is prompting computer scientists to become biochemists and biochemists to evolve into computer scientists to create ?living circuit boards.? Alphabet (GOOG), Apple (AAPL), and Cisco (CSCO) have all taken notice.

We are probably only a couple years away from enterprising hobbyists downloading DNA sequences from the Internet and building new bugs at home with a 3D printer. Simple organisms, like viruses, would need a file size no larger than one needed for a high definition photo taken with your iPhone. They can then download other genes from the net, creating their own customized microbes at will.

This is all great news for investors of every stripe, and will no doubt accelerate America?s economic growth. But it is also causing governments and scientists around the world to wring their hands, seeing the opening of a potential?Pandora?s Box. What if other scientists lack Venter?s ethics? He went straight to President Obama for a security clearance before he made his findings public.

If we can?t trust our kids to drink, drive, or vote, then how responsibly will they behave when they get their hands on potential bioterror weapons? How many are familiar with Bio Safety Level 4 (BSL) standards? None, I hope.

In fact, the race is already on to weaponize SynBio. In 2002, scientists at SUNY Stonybrook synthesized a polio virus for the first time. In 2005, another group managed to recreate the notorious H1N1 virus that caused the 1918 Spanish Flu epidemic. Some 50-100 million died in that pandemic within 2 years.

Then in 2011, Ron Fouchier of the Erasmus Medical Center in Holland announced that he had found a way to convert the H5N1 bird flu virus, which in nature is only transmitted from birds to people, into a human to human virus. Of the 565 who have come down with bird flu so far, which originates in China, 59% have died.

It didn?t take long for the Chinese to get involved. They have taken Fouchier?s work several steps further, creating over 127 H5N1 flu varieties, five of which can be transmitted through the air, such as from a sneeze. The attributes of one of these just showed up in the latest natural strain of bird flu, the H7N9.

The World Health Organization (WHO) and the Center for Disease Control (CDC) in Atlanta, Georgia are charged with protecting us from outbreaks like these. But getting the WHO, a giant global bureaucracy, to agree on anything is almost impossible, unless there is already a major outbreak underway. The CDC has seen its budget cut by 25% since 2010.

The problem is that the international organizations charged with monitoring all of this are still stuck in the Stone Age. Current regulations revolve around known pathogens, like smallpox and the Ebola virus, that date back to the 1960s, when the concern was about moving lethal pathogens across borders via test tubes.

Getting international cooperation isn?t that easy. Only 35 countries are currently complying with the safety, surveillance, and research standards laid out by the WHO. Indonesia refused to part with H5N1 virus samples spreading there because it did want to enrich the western pharmaceutical companies that would develop a vaccine. African countries say they are too poor to participate, even though they are the most likely victims of future epidemics.

Scientists have proposed a number of safeguards to keep these new superbugs under control. One would be a dedicated sequence of nucleic acid base pairs inserted into the genes that would identify its origin, much like a bar code at the supermarket. This is already being used by Monsanto (MON) with its genetically modified seeds. Another would be a ?suicide sequence? that would cause the germ to self-destruct if it ever got out of a lab.

One can expect the National Security Agency to get involved, if they aren’t already. If they can screen our phone calls for meta data, why not high risk DNA sequences sent by email?

But this assumes the creators want to be found. The bioweapons labs of some countries are thought to be creating n
ew pathogens so they can stockpile vaccines and antigens in advance of any future conflict.

There are also the real terrorists to consider. When the Mubarak regime in Egypt was overthrown in 2011, demonstrators sacked the country?s public health labs that had been storing H5N1 virus. Egypt has one of the world?s worst bird flu problems, due to the population?s widespread contact with chickens.

It is hoped that the looters were only in search of valuable electronics they could resell, and tossed the problem test tubes. But that is only a hope.

I have done a lot of research on this area over the decades. I even chased down the infamous Unit 731 of the Japanese Imperial Army which parachuted plague infected rats into China during WWII, after first experimenting on American POWs.

The answer to the probability of bio warfare always comes back the same thing. Countries never use this last resort for fear of it coming back on their own populations. It really is an Armageddon weapon. Only a nut case would want to try it.

Back in 1976 I was one of the fortunate few to see in person the last living cases of smallpox. As I walked through a 15th?century village high in the Himalayas in Nepal, two dozen smiling children leaned out of second story windows to wave at me. The face of every one was covered with bleeding sores. And these were the survivors. Believe me, you don?t want to catch it yourself.

For those who want to learn more about SynBio, or participate in the discussion, please visit the BioBricks Foundation by clicking the link:
http://biobricks.org.

Sure, I know this doesn?t directly relate to what the stock market is going to do today. But if a virus escaped from a rogue lab and killed everyone on the planet, that would be bad for prices, wouldn?t it?

I really hope one of the kids competing in the MIT contest doesn?t suffer from the same sort of mental problems as the boy in Newton, Connecticut did. 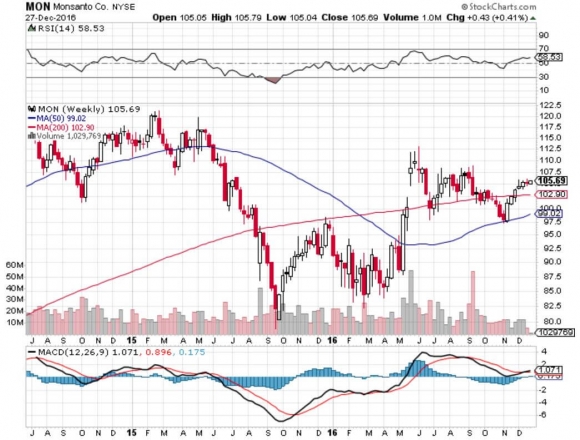 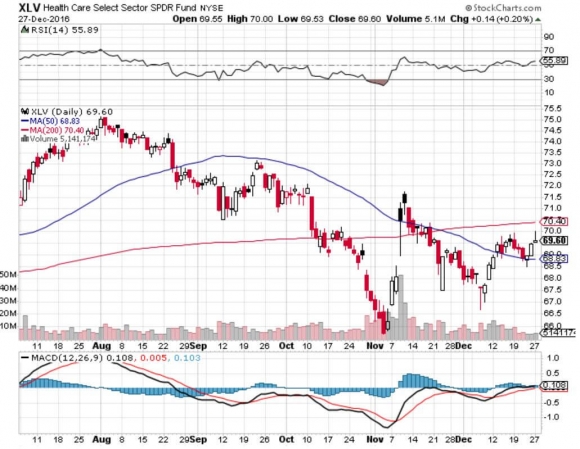 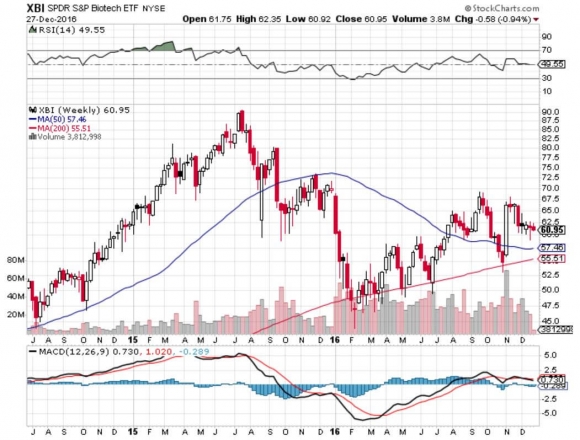 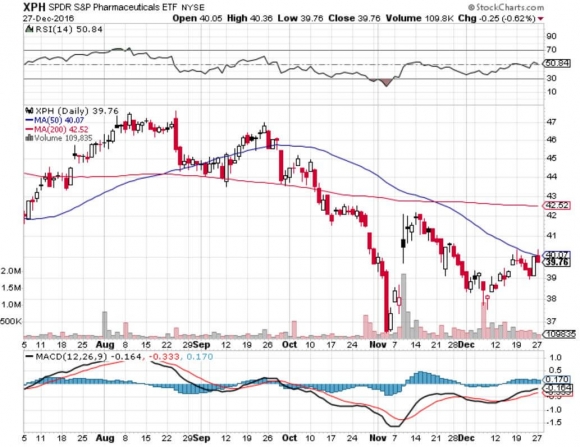 I Think Wood Shop Would Have Been Easier

Cause of the Next Bear Market or the End of the World?