Everyone knows how much I love Apple shares as an investment. For years now, my report forecasting that the stock would hit $1,000 someday has been circulating inside the company for a sought after weekend read. Just today, my old friend, co-founder Steve Wozniak, was quoting from it in making his own $1,000 prediction.

I know, because they email me all the time with further data to back up my call. I also frequently get asked the same question by these people: all of their net worth is tied up in Apple stock at a cost of $16 a share, so what should they do about it? I reply that they should fall down on their knees and give thanks that there really is a God.

But enough is enough already. Since the beginning of the year, the company has added $124 billion in market capitalization, taking it to $515 billion, making it the largest in the world. To show you how much money this is, that is what the company would have been worth if you combined it with the mega cap, Intel (INTC), on January 1. From here the law of large numbers really has to kick in.

To get the stock up from today?s $540 to $630, it has to add another $88 billion in market cap. I believe this will happen someday. But you won?t see it in the next six weeks.

I am therefore going to sell short the Apple (AAPL) April, 2012 $630 calls for $4.05 or best. This trade makes sense in so many ways. Apple fever has truly gripped the markets, driving the premiums on deep out of the money calls to extraordinary levels. There has never been a better time to sell.

For Apple to get this high in six weeks, the S&P 500 has to soar from 1,375 to 1,470 by then, assuming that the index correlation with (AAPL) remains the same. In other words, the markets have to continue rising at the same 2012 pace until then.

What short term surprises for Apple are left? In recent weeks, we have seen the announcement of a souped up IPad 3, rumors of dividend payments, and blowout Q4, 2011 earnings. Unless we see the resurrection of Steve Jobs to take the CEO post back from Tim Cook, I think the stock is getting ready to take a brief break, or at least slow its rate of ascent.

To prove there is a method to my madness, I have picked the April expiration on April 20, which just so happens to be the day after the Q1, 2012 earnings announcement. Get any break in the markets generally before then, and I should be able to buy these calls back for pennies.

From a risk control point of view, if Apple stock starts to run away to the upside again, I will quickly limit my risk by turning this into a call spread through the buying or a further out of the money call, buying Apple stock as a hedge, or coming out completely for a loss.

This trade requires a level 4 or 5 compliance approval, depending on the house. If your broker won?t let you do it, try selling short the April $630-$670 call spread instead, which will still allow you to keep most of the premium, while defining your risk and greatly reducing your margin requirement.

Those who subscribe to my award winning Global Trading Dispatch received an urgent email alert to execute this trade immediately first thing Thursday morning the prices listed above.

Global Trading Dispatch, my highly innovative and successful trade mentoring program, earned a net return for readers of 40.17% in 2011. The service includes my Trade Alert Service, daily newsletter, real time trading portfolio, an enormous trading idea data base, and live biweekly strategy webinars. To subscribe, please go to my website at www.madhedgefundtrader.com , find the Global Trading Dispatch box on the right, and click on the lime green ?SUBSCRIBE NOW? button.

I am a notorious seeker of great bargains. I buy sun hats in the winter, umbrellas in the summer, and Christmas ornaments in January when Costco sells them for ten cents on the dollar. I even go into the barrio to buy Japanese sake where no one knows what it is, and it is sometimes ordered by accident.

I?ll tell you what I like about the (VXX). It is a bet that someday, somewhere, something bad happens. Since it is not an option, it doesn?t suffer from time decay, and the cost of carry is low. The contango costs are modest. It can be used to hedge the downside risk for a whole range of ?RISK ON? assets, including those garden variety shares in your plain vanilla IRA?s and 401k?s.

If you don?t have such a degree, then this is all you need to know. If the stock market goes up, then the (VXX) goes down. If the stock market goes down, then the (VXX) goes up. The beauty of the (VXX) is that it doesn?t care where the down move starts from, whether it is with the (SPX) here at 1,340, at 1,400, or 1,450. Until then, it will just grind around these levels or go slightly lower.

So if the (SPX) continues to go up, you might lose 10% on the position. If we get the long predicted 5% correction, then it should rise 30% to $32, or back to where it was in January. If we get the summer swoon that I expect, then it will nearly triple to $58, its October high. It is the classic ?heads you win $1, tails, I win $3 type of bet that hedge funds are always looking for.

A direct investment in (VIX) is not possible. The S&P 500 (VIX) Short-Term Futures Index holds (VIX) futures contracts, which could involve roll costs and exhibit different risk and return characteristics. And if your timing is off just a bit, then the time decay will eat you alive if the arbs don?t get to you first.

If you want to learn more about the (VXX), the go to iPath?s page for it at http://www.ipathetn.com/product/VXX/. 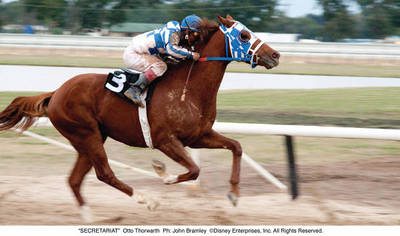 ?If I relied on my customers to tell me what they wanted, they?d ask for faster horses,? said Henry Ford, the founder of Ford Motors.

As a potentially profitable opportunity presents itself, John will send you an alert with specific trade information as to what should be bought, when to buy it, and at what price. END_OF_DOCUMENT_TOKEN_TO_BE_REPLACED

As a potentially profitable opportunity presents itself, John will send you an alert with specific trade information as to what should be bought, when to buy it, and at what price. END_OF_DOCUMENT_TOKEN_TO_BE_REPLACED 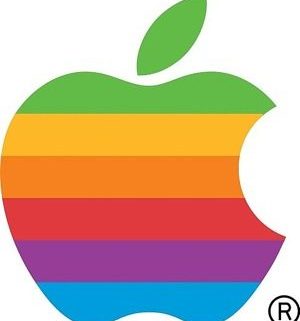 As a potentially profitable opportunity presents itself, John will send you an alert with specific trade information as to what should be bought, when to buy it, and at what price. END_OF_DOCUMENT_TOKEN_TO_BE_REPLACED