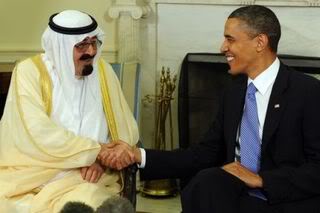 I received some questions last week on my recent solar pieces as to whether I minded paying more money for ?green? power. My answer is ?hell no,? and I?ll tell you why. My annual electric bill comes to $1,500 a year. Since the California power authorities have set a goal of 33% alternative energy sources by 2020, PG&E (PGE) has the most aggressive green energy program in the country (click here?for ?The Solar Boom in California?). More expensive solar, wind, geothermal, and biodiesel power sources mean that my electric bill may rise by $150-$300 a year.

Now let?s combine my electricity and gasoline bills. Driving 15,000 miles a year, my current gasoline engine-powered car uses 750 gallons a year, which at $4/gallon for gas costs me $3,000/year. So my annual power/gasoline bill is $4,500. My new all electric Nissan Leaf (NSANY) will cost me $180/year to cover the same distance (click here for ?Getting Something for Nothing?). Even if my power bill goes up 20%, as it eventually will, thanks to the Leaf, my THE total plunges to $1,980, down 56%.

There is an additional sweetener, which I?m not even counting. I also spend $1,000/year on maintenance on my old car, including tune-ups and oil changes. The Nissan Leaf will cost me nothing, as there are no oil changes or tune-ups, and my engine drops from using 400 overcooked parts to just five. We?re basically talking tire rotations only for the first 100,000 miles.

There is a further enormous pay-off down the road. We are currently spending $100 billion a year in cash up-front fighting our wars in the Middle East, or $273 million a day! Add to that another $200 billion in back-end costs, including wear-and-tear on capital equipment, and lifetime medical care for 3 million veterans, some of whom are severely torn up.

We import 9.1 million barrels of oil each day, or 3.3 billion barrels a year, worth $270 billion at $82/barrel. Some 2 million b/d, or 730 million barrels/year worth $60 billion comes from the Middle East. That means we are paying a de facto tax which amounts to $136/barrel, taking the true price for Saudi crude up to a staggering $219/barrel!

We are literally spending $100 billion extra to buy $60 billion worth of oil, and that?s not counting the lives lost. Even worse, all of the new growth in Middle Eastern oil exports is to China, so we are now spending this money to assure their supplies more than ours. Only a government could come up with such an idiotic plan.

There is another factor to count in. Anyone in the oil industry will tell you that, of the current $82 price for crude, $30 is a risk premium driven by fears of instability in the Middle East. The Strategic Petroleum Reserve, every available tanker, and thousands of rail cars are all chocked full with unwanted oil. This is why prices remain high.

The International Energy Agency says the world is now using 87 million b/d, or 32 billion barrels a year worth $2.6 trillion. This means that the risk premium is costing global consumers $950 billion/year. If we abandon that oil source, the risk premium should fall substantially, or disappear completely. What instability there becomes China?s headache, not ours.

If enough of the country converts to alternatives and adopts major conservation measures, then we can quit importing oil from that violent part of the world.? No more sending our President to bow and shake hands with King Abdullah. Oil prices would fall, our military budget would drop, the federal budget deficit would shrink, and our taxes would likely get cut.

One Leaf shrinks demand for 750 gallons of gasoline, or 1,500 gallons of oil per year. That means that we need?20.4 million?Leafs on the road to eliminate the need for the 2 million barrels/day we are importing from the Middle East. The Department of Energy has provided a $1.6 billion loan to build a Nissan plant in Smyrna, Tennessee that will pump out 250,000 Leafs a year by end 2012. Add that to the?million Volts, Tesla S-1?s, Mitsubishi iMiEV?s, and other electric cars ?hitting the market in the next few years. Also taking a bite out of our oil consumption are the 1 million hybrids now on the road to be joined by a second million in the next two years. That goal is not so far off.

Yes, these are simplistic, back-of-the-envelop calculations that don?t take into account other national security considerations, or our presence on the global stage. But these numbers show that even a modest conversion to alternatives can have an outsized impact on the bigger picture.

By the way, please don?t tell ExxonMobile (XOM) or BP (BP) I told you this. They get 80% of their earnings from importing oil to the US. I don?t want to get a knock on the door in the middle of the night. 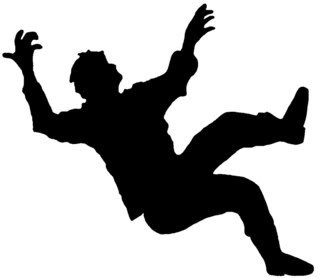 We have been pretending that we?re too big to fail. We?re not too big to fail, You can jump off of a 90 story building and feel fine for the first 89 stories. It?s the sudden stop at the end that tells you you?re not.? said Tom Friedman, New York Times columnist and author of Hot, Flat and Crowded.