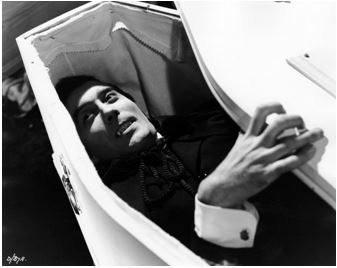 Apple blew away the bears today with the issuance of $17 billion in bonds, the largest such corporate debt issue in history. Spread over two, five, ten, and 30 years, the deal was oversubscribed by more than 3:1, with $40 billion in demand left unfilled.

Foreign investors took down a major part of the deal, which explains Deutsche Bank?s senior role in the syndicate. The yield on the ten-year bonds came in at 2.40%, a mere 70 basis points over equivalent US Treasury paper.

The mega deal, dubbed ?iBonds? by traders, underlies the tremendous shortage of high-grade fixed income securities worldwide. Since 2007, the amount of double ?A? or better rated paper has declined by 60%, thanks to widespread downgrades inspired by the newfound religion of the ratings agencies.

As I never tire of pointing out at my strategy luncheons and lectures, the principal sin of governments is not that they are borrowing too much money, but not enough. This has given us a global bond shortage that has taken returns to insanely low levels. Look no further than the ten-year yield of 1.68% in the US, 1.20 % in Germany, and a pitiful 0.60% in Japan.

The issue also highlights the sudden fascination of all things Apple since its better than expected calendar Q1 earnings report last week, with $43 billion in revenues spinning off $9.5 billion in profits. Since then, we learned that the richest man in Russia, Alisher Usmanov, soaked up some $100 million of stock close to the $392 bottom. This is a man who?s proven track record of market timing is uncanny.

It doesn?t require a lot of imagination to figure out what this deal is all about. With $145 billion in cash on the balance sheet, why borrow another $17 billion? The reality is that this is a way of repatriating, through the back door and tax-free, some of the estimated $100 billion in cash the company has parked in offshore bank accounts.

What will it do with the money? How about buying back $17 billion worth of stock? Buy borrowing at 2.4% and retiring 3.2% dividend stock, the yield pick up on the transaction comes to $136 million a year. That goes straight to the bottom line. The deal reminds me of the kind of financial engineering that dominated Japanese finance during the late 1980?s. When I was a director of Morgan Stanley, I signed many of these multi billion dollar deals as a co-manager.

It wasn?t just Apple that has returned from the grave, which saw its stock rise by 14% since last week?s two year low. Look at many of the old tech warhorses, like Microsoft (MSFT), Applied Materials (AMAT), Hewlett Packard (HPQ), and Intel (INTC), which have blasted forth from long moribund levels in recent weeks.

Which raises an interesting possibility. What if the long predicted selloff in May does a no show? What if, instead of the usual 10%-25% swan dive, we only get the 2.5% that has been the pattern for 2013? The possibilities boggle the mind.

There are two major categories of the latter, commodity related shares and technology ones. China is still slowing, placing a monkey on the back of most commodities related companies. So I vote for technology, which by the way, is the cheapest it has ever been on an earnings multiple basis.

In that case, the strength in old tech will develop into far more than a one-week wonder. It could provide the rocket fuel that will power the major indexes for the rest of the year. That would take the S&P 500 up to 1,700 where it can flaunt a glitzy earnings multiple of 17.

That would be fantastic news for Apple?s long-suffering shareholders. Now that its stock has clearly broken through the 50-day moving average on the upside, the eventual target of this leg could be as high as the 200-day moving average at $541. One can only hope.

Old Tech is Rising From the Dead 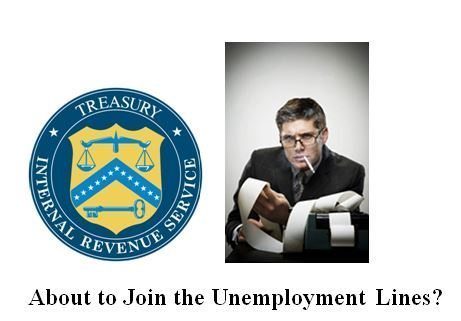 No matter what anyone promises you today, this week, or this year, your taxes are going up. I don?t care if you are still licking your wounds from the January 1 payroll tax rise, or the federal tax hike for millionaires, which in my case took my rate up from 35% to 39.6%. At least the capital gains tax is still a steal at 20%.

At $1.3 trillion, the budget deficit is so enormous that bringing it into balance merely through spending cuts is a mathematical impossibility. Chopping funding for Planned Parenthood and National Public Radio just isn?t going to do it.

If you own your own home, work for a large company, save for your retirement, earn money from capital gains, and toss in a check when they pass the dish around at church every Sunday, you are the biggest beneficiary of the current tax system. Therefore, you are about to take a big hit. Check out the target list below, and the tax revenues the death of these tax breaks will raise:

$264 billion– Should those without health care subsidize those who receive it for free from their employers? This is the amount raised by taxing company provided health insurance as regular income. Think large banks and oil companies.

$100 billion– Should renters be subsidizing homeowners? Kiss that home mortgage interest deduction on loans under $1 million goodbye. Ditto for the real estate market as a whole. The more aggressive version of this has the ceiling on deductions dropping to $500,000.

$100 billion– End the tax deductibility of charitable contributions. Should those who don?t go to church subsidize those who do? Universities, churches, and political fund raising go begging.

$52 billion– Should those without savings subsidize those salting away money for retirement. This is the argument that will be made to end tax deductibility of 401k contributions.

$39 billion– Savings on taxes exempted by the step up in the cost bases for investments inherited by surviving spouses. She doesn?t need that McMansion anyway.

$36 billion– Tax capital gains as regular income. This won?t affect you if you never sell and let your heirs sort out the mess.

Please note that these most draconian measures only raise $586 billion a year, a mere 45% of last year?s deficit. Without raising tax rates, the remaining $714 billion will have to come from cutting Medicare, Medicaid, Social Security, and Defense spending. In any case, I think it will be politically impossible to get any of these changes through the current congress. An energy tax and a national value added tax are also on the table.

None of these hikes would be necessary if the economy grew at a 4% real rate instead of 3%. This is why tax rates in emerging countries are so low. But I believe that America?s long-term growth rate is falling, not rising, and that our budget problems are going to get worse, not better. What happens if interest rates rise for the world?s largest borrower? Oops.

Of course, we could adopt Mary Meeker?s suggestion in her paper on USA, Inc. and eliminate all deductions, raising about $1 trillion a year. That would involve shrinking the Internal Revenue Code from the current 71,000 pages to a single page, and moving to a flat tax system. The mass unemployment of one million CPA?s and 106,000 internal revenue agents alone would be worth the price. 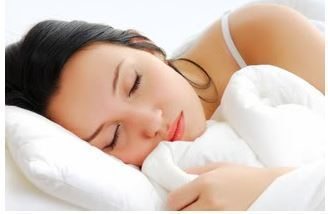 ?I think we?re headed towards VAT taxes. It?s only a question of how long it takes for them to wake up and figure it out. You can?t tax the wealthy enough to close the budget deficit we have,? said Leon Cooperman of hedge fund Omega Advisors.