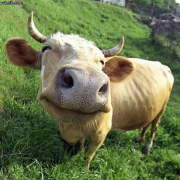 SOCIALISM
You have 2 cows.
You give one to your neighbor.

COMMUNISM
You have 2 cows.
The State takes both and gives you some watered-down milk.

FASCISM
You have 2 cows.
The State takes both and sells you some milk at an inflated price.

NAZISM
You have 2 cows.
The State takes both and sends you to a concentration camp.

BUREAUCRATISM
You have 2 cows.
The State takes both, shoots one, milks the other, and then throws the
milk away.

TRADITIONAL CAPITALISM
You have two cows.
You sell one and buy a bull.
Your herd multiplies, and the economy grows.
You sell them and retire on the income, but worry about your cholesterol level and blood pressure.

ROYAL BANK OF SCOTLAND (VENTURE) CAPITALISM
You have two cows.
You sell three of them to your publicly listed company, using letters of credit opened by your brother-in-law at a non-tax treaty offshore bank, then execute a debt/equity swap with an associated general offer so that you get all four cows back, with a tax exemption for five cows.
The milk rights of the six cows are transferred via an anonymous intermediary to a Cayman Island Company secretly owned by the majority shareholder who sells the rights to all seven cows back to your listed company. The annual report says the company owns eight cows, with an option on one more. You sell one cow to buy a new president of the United States, leaving you with nine cows. No balance sheet provided with the release. The public then buys your bull. You are lauded as a titan of free market capitalism.

SURREALISM
You have two giraffes.
The government requires you to take harmonica lessons.

AN AMERICAN CORPORATION
You have two cows.
You sell one and force the other to produce the milk of four cows.
Later, you hire a consultant to analyze why the cow has dropped dead. PETA sues you and pickets your office.

A FRENCH CORPORATION
You have two cows.
You go on strike, organize a riot, and block the roads because you want three cows. And you have a fabulous time doing all this. The world is shocked.

A JAPANESE CORPORATION
You have two cows.
You redesign them so they are one-tenth the size of an ordinary cow and
produce twenty times the milk.
You then create a clever cow cartoon image called a Cowkimona and market
it worldwide. Then your stock crashes.

AN ITALIAN CORPORATION
You have two really fine, stylish cows which cost a fortune, but you don’t know where they are.
You decide to have lunch with a fine bottle of Antinori and top it all off with a potent grappa and double espresso.

A SWISS CORPORATION
You have 5000 cows. None of them belong to you.
You charge the owners for storing them. The US IRS launches a criminal investigation and arrests every Swiss banker when they go shopping in New York.

A CHINESE CORPORATION
You have two cows.
You have 300 people milking them.
You claim that you have full employment and high bovine productivity.
You arrest the newsman who reported the real situation. Then your stock crashes.

AN INDIAN CORPORATION
You have two cows.
You worship them and feed them all your garbage.

A BRITISH CORPORATION
You have two cows.
Both are mad but drink great beer.

AN IRAQI CORPORATION
Everyone thinks you have lots of cows.
You tell them that you have none.
No-one believes you, so they bomb the ** out of you and invade your country.
You still have no cows, but at least you are now a Democracy.

AN AUSTRALIAN CORPORATION
You have two cows.
Business seems pretty good.
You close the office and go for a few beers at the barby to celebrate.

A NEW ZEALAND CORPORATION
You have two cows.
The one on the left looks very attractive. But no one cares because you are in New Zealand. 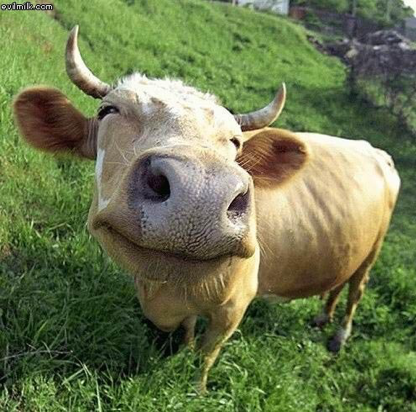