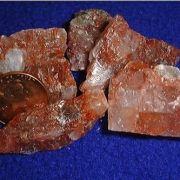 Grain traders have suffered a terrible 2013, a perfect storm of great news for farmers and terrible news for prices. But while farmers can make up for low prices with higher production, no such convenience exists for grain traders.

In January, right out of the gate, the USDA predicted that the US would produce the largest corn crop in history, or some 96 million bushels. That would be the largest since 1936. It now appears that this could be a low-ball figure.

Some private estimated see the total reaching 100 million bushels before the crying is over. Some 63% of the corn crop is now rated good/excellent, well above the five-year average of 58%, and trending northward.

Geopolitics has also conspired to drive prices southward. Egypt, with its burgeoning 83 million population, with a single river (the Nile) and a bleak desert to support it, is far and away the world?s largest wheat importer. A recent coup d??tat on the heels on an economic collapse promises to remove it from the marketplace soon. Buyers without cash are not buyers at all, no matter how dire the need. Only food aid from the US government or the United Nations can step in at this stage to head off mass starvation.

As if the news were not bad enough, the Russian cartel that controls two thirds of the world?s $22 billion a year potash supply, a crucial fertilizer used globally, collapsed last week over a price dispute. Known to chemists like me as Potassium carbonate, potassium sulfate, or potassium chloride, this compound is a key factor in strengthening roots during the growing cycle. One analyst said that the breakup of the cartel is akin to ?Saudi Arabia dropping out of OPEC.?

This will enable farmers to buy more fertilizer at cheaper prices next year, driving down the prices on far month futures contracts today. Too bad the Canadian government didn?t allow the sale of Potash (POT) to China go through on national security grounds. The shareholders must be kicking themselves.

The move promises to demolish the entire grade trade for this year. Not only has the Potash industry been hurt, so have agricultural equipment manufacturers, like Deere (DE) and Caterpillar (CAT) and the Powershares Multisector Agricultural Commodity Fund ETF (DBA).

Long gone are the heady days of last year, when scorching temperatures induced by global warming caused grain prices to nearly double. Some nine out of the ten last years have been the hottest in recorded history. Global warming denier-in-chief, Texas governor Rick Perry, saw his state suffer 100 consecutive days of over 100 degree temperature.

For me, these developments put the grain trade off limits for the foreseeable future. The only kind thing to be said here is that this will eventually lead to a final bottom that we can eventually trade off of. That would set up a killer position for the nimble if hot weather returns in 2014.

Why You Should Care About the Iran Rial Collapse