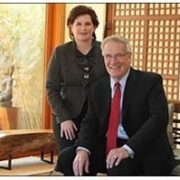 One of my many alma maters, the University of Southern California, announced that they had received their largest private donation in history. As a third generation alumni of this fanatical football factory (I went to school with Mark Harmon, Lynn Swan, and, oops, OJ Simpson), I still receive their alumni newsletter, where I learned the good news.

David and Dana Dornsife gave $200 million to the downtown Los Angeles home of the Trojans. The money will be used to fund the College of Letters, Arts, and Sciences, which will be renamed after them. Dornsife made his fortune as the owner of Herrick Corp., a Stockton based maker of the prefabricated steel that was used to build many of the skyscrapers in the center of Los Angeles.

The gift tops the university’s previous largest gift from George Lucas, of Star Wars fame, who in 2006 contributed $175 million to USC’s film school, which he once attended with legendary director, Steven Spielberg.

For the record, the largest charitable contribution to a university in history was the $600 million that Gordon Moore gave Caltech in nearby Pasadena, where as a teenager, I used to sit in on the Math classes. Notice that all of these big donations to education are happening in California.

Tommy Trojan will no doubt be happy, provided that a Bruin from UCLA has not stolen his sword again. And don?t ask me about ?Old Tire Biter.?

US Headed Towards Energy Independence
Scroll to top