The “Buy the Dip” psychology is broken and computerized trading has completely flooded the market with its personality.

That is exactly the dynamic of the current tech market, and it will mountain of generous offerings to reverse the trend in the form of monstrous stimulus and cash handouts.

As we entered 2020, the sentiment was sky-high, geopolitical tensions relatively calmed and three recent interest-rate cuts from the Federal Reserve drove tech stocks to record levels.

For 10 years, traders and the algorithms they harnessed were handsomely rewarded by aggressively betting against elevated volatility.

Cogent chart trends are the algorithms’ lustful partner in bed and now that every single short-term model is flashing sell, sell, sell - there isn't much bulls can do to fight back.

Many tech hedge funds have settled on similar conclusions - the best defense right now is unwinding portfolios to return to cash.

Incessant margin calls roiling any logical strategy has struck fear into many traders who levered up 10X.

What you could possibly see is the Minsky moment: That stability ultimately breeds instability because the only input in which becomes the difference make is volatility producing massive violence on upside and downside moves.

The ones who can absorb elevated risk are nibbling and unleveraged hoping to time the turn when stocks finally react positively to good data.

The current battle in the fog of war is that of two different economic scenarios that have direct influence in which ways the algorithms flip – either shutdown the country ala Wuhan, China for an extended period of time or send the troops back to work.

Hedge fund billionaire Bill Ackman gave his 2-cents restating his passionate plea for a 30-day-shutdown to fight the coronavirus pandemic.

Former Goldman Sachs CEO Lloyd Blankfein is in favor of sending back the asymptomatic younger generation workers sooner than later.

Initially, Blankfein gave his backing for “extreme measures” in order to flatten the curve, but promoted healthy workers returning “within a very few weeks.”

Blankfein's argument rests on that if people don’t go back to work, the economy might become too damaged to recover from inciting another crash.

This contrasts starkly with Ackman’s idea of “testing, testing, testing”, which would theoretically dismantle the potency of the virus but take longer for the economy to restart.

U.S. President Donald Trump has relayed his desire to open up business by Easter Sunday.

So as mostly professional politicians hash out a towering aid package of over $2 trillion, firms will get more of an indicator of how and when the business world opens up again.

Trading algorithms are on a knives edge because of the uncertainty – until they are illegal – it is something we are stuck with.

These trading formulas are preset based on biases that start with a series of inputs and the most critical input is volatility or better known as the fear index.

If the lockdowns are extended, the flood of negative news will force algorithms to sell on the extra volatility.

When things go bonkers, many of these preset formulas sell which exacerbates the down move further simply because more than enough people have the same preset algorithm.

Cutting position size when market volatility explodes is not a farfetched theory and is quite a common trading nostrum.

Even if many of these trades would be good long-term bets, many trading algorithms are focused on short-term trades and by this, I mean milliseconds and not days.

The platform is scraped for keywords from mass media news sources and synthesized into a specific output that is fed into a computer algorithm.

These headlines offer insight into what the sentiment is for the trading day – negative, positive, or neutral.

This scraping of data is especially relevant in today’s chaotic trading world where 10% moves up or down in one day is the new normal.

Because of Dodd-Frank Wall Street reform, many of the big banks have shuttered trading operations hurting the market’s liquidity situation causing spreads to widen and down moves to accelerate.

But now that the Fed has landed the Sikorsky UH-60 Black Hawk on the helipad and the money is waiting to helicopter down as they have announced “unlimited” asset buying and guaranteeing of corporate bonds to aid financial markets.

How does computerized trading roil markets?

Here is an example.  A recent trading day included more than $100 billion of selling, the worst week since the financial crisis and was triggered by a hedging strategy called “vol targeting”—using volatility as a central input in trading decisions—and other systematic tactics.

Funds making decisions based on volatility, including some with names such as volatility-targeting funds and risk-parity funds, have risen in popularity.

The take into consideration that they are supercharged by massive volume-based computer algorithms and trying to head for the exit door at the same time.

Ironically, this could be one of catalysts for shares to recalibrate and head back up north as traders start to front-run the peak of the health crisis.

Let’s hope that it happens sooner than later and that the government doesn’t manage to screw up delivering the helicopter money. 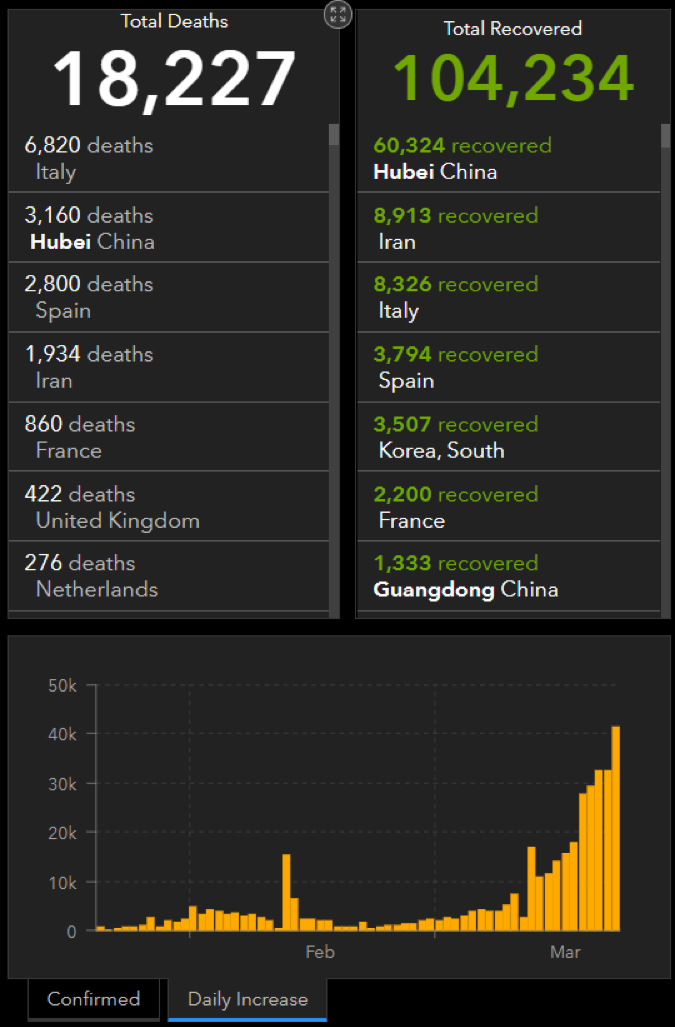 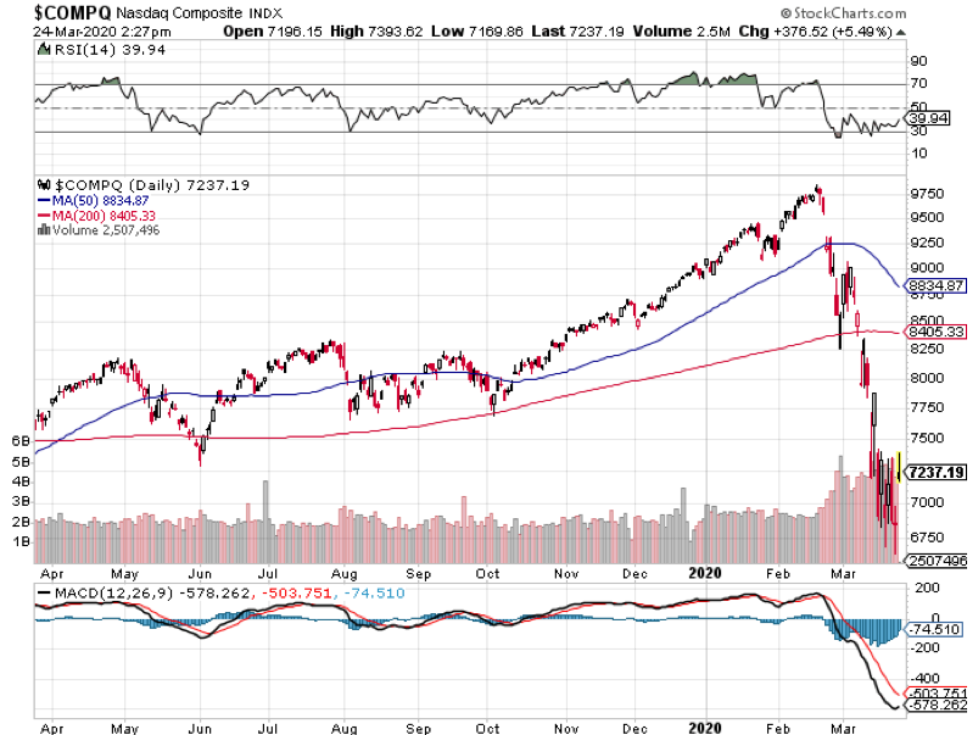