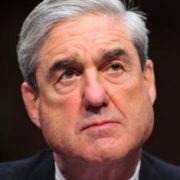 I immediately recognized Robert Mueller as the kind of no nonsense, fellow ex-Marine, Vietnam Vet that he was, the kind of officer who used to rip your guts out for disobeying a direct order, which in my case was frequently.

President Obama thought this was the man you want for your Director of the FBI, which is why Mueller survived as one of the few holdovers from the previous Bush administration. Mueller has been following in the tradition of the legendary G-Man J. Edgar Hoover for 11 years now.

Mueller believes that the Internet is not just a conduit for commerce, but also for crime and terrorism, and the bad guys are checking your doorknobs every day. Information is power, and fiber optic cable is a weapon. Terrorists, in particular, love the new Google Earth application.

Recently, Mueller busted an American-Egyptian phishing ring, arresting 50, which looted 5,000 US accounts. We all must take ownership of the cyber security problem through the vigilant use of antivirus software, firewalls, sophisticated and frequently changed passwords, and constant patches. Tracing a 75-cent accounting discrepancy at UC Berkeley led to the smashing of a German industrial espionage ring that was tapping into university computers.

Teenaged kids, like the Canadian who launched the biggest ?denial of service? attack against E-Trade and E-Bay, are to be feared. Be careful what you post on your Facebook page because it may kill a job prospect years down the road.

The FBI is now embedding agents in police departments in Eastern Europe and China to take the fight global. The last time a visited FBI headquarters in Washington, I was amazed to learn that Chinese anti-hacking specialists kept their own office there.

When I got home, I immediately backed up all my files, reset my passwords, and bought my fourth antivirus program. I also installed bars on my windows and set booby traps on the front lawn for good measure. Maybe Apple products, usually immune to these sorts of problems, are not so bad after all?

Check Out (HDGE) to Limit Downside Exposure
Scroll to top