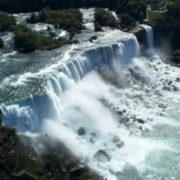 I spent an evening with Lester Brown, president of the Earth Policy Institute and a winner of the coveted MacArthur Prize, for some long-term thinking about the environment and its investment implications.

Global warming is causing the melting of ice sheets in Greenland and Antarctica, glaciers in the Himalayas, and the Sierra snowpack.

Water tables are falling and fossil aquifers are depleting. In the coming decades this will cause severe shortages of fresh water that could lead to crop failures in India and China, where one billion people depend on mountain runoff to irrigate crops.

California, which delivers 80% of America?s vegetables, is currently suffering one of the worst droughts in history, sending food prices through the roof.?

My preference for local champagne and strawberries just got more expensive.

The fresh water inputs in one person?s food and materials consumption works out to some 2,000 liters a day. That is no typo.

As a result, all food prices will rise over the long term. To head off the greatest threat to the global food supply in human history, we need to cut carbon emissions by 80% before 2020, not 2050, as was discussed in Copenhagen.

This can only be accomplished by redefining food and the environment as national security issue and launching a wartime mobilization.

These difficult goals are achievable. Enough sunlight hits the earth in a day to power the global economy for 27 years. Texas alone has more than 20 gigawatts of wind power operating, under construction, or planned, enough to take 5% of our 250 coal fired power plants offline.

Electricity demand could be cut by 90% purely through greater efficiencies, like switching from incandescent bulbs to LED?s.

Europe could get its entire 300 gigawatt power supply from solar plants in North Africa at current market prices.

Cars powered by wind generated electricity would bring fuel costs down to an equivalent 75 cents a gallon, as electric motors are three times more efficient than internal combustion engines.

While Brown?s predictions are a little extreme for many, they mesh perfectly with my own long term bullish cases for food and water plays. Take another look at the food sector ETF?s, (DBA) and (MOO), and the water space ETF?s (PHO) and (FIW). 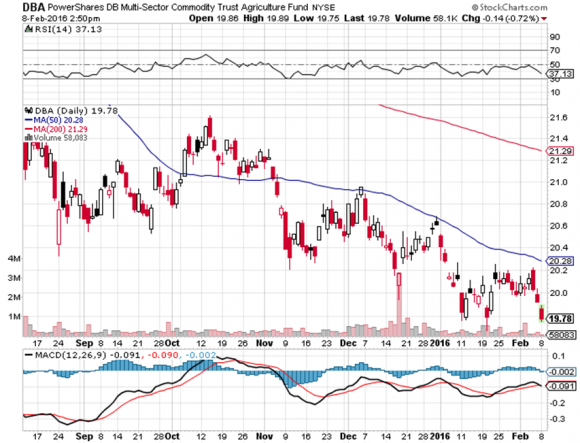 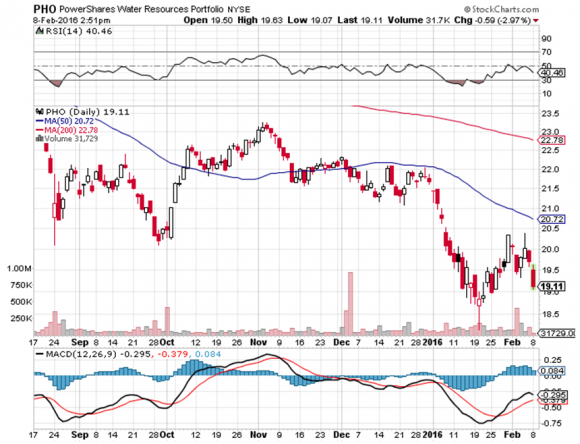