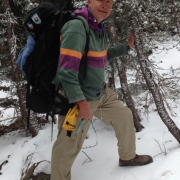 Marines are familiar with the concept of the ‘Old Breed.”

Today General James Mattis has “Old Breed” status in the new Marine Corps. The corps knows him as the “Warrior Monk,” a reference to his personal library of 7,000 books, almost entirely in military subjects. His code name was “CHAOS.”

Troops call him “Mad Dog,” an ironic reference to his modest, controlled approach to everything. In fact, every rank gets a new reading list of military history when promoted so Mattis knows how to precisely address them with future orders.

So, when I had the opportunity to meet him with some senior officers at the Marines Memorial Club in San Francisco, I jumped at the chance.

My family has long considered Mattis our in-house general. As a commander of the First Marine Division, he was my boss in the Gulf War and my nephew’s in Iraq. Both my father and my uncle served in the Marine First Division on Guadalcanal, which I will be visiting in a memorial ceremony in January.

General Mattis was the Secretary of Defense fired by Donald Trump at the end of 2018. Mattis gave two months’ notice to ease the transition to the next Secretary of Defense. In one of the pettiest moves I have ever seen, Trump refused to accept the notice and ordered him out of his office immediately.

The big difference Mattis had with Trump was over the value of our foreign allies. Mattis considers them essential, having managed large multinational forces in the Persian Gulf War, the Afghanistan War, and the War in Iraq.

Today, Mattis absolutely refuses to speak on the matter, unwilling to comment adversely on a former commander while still in office. Once Trump is out, it may be another matter. I can’t wait.

It was great listening to Mattis with a group of insiders, several of whom who had served with him in past campaigns. Occasionally, he’d say, “Thanks for laying out that minefield in Iraq right when I needed it,” or “We really appreciated those helicopters you gave us in Afghanistan.”

Mattis is highly critical of Chinese expansion in the South China Sea, the so-called “War of the Dots.” He sees Russia’s primary goal as the breaking up of NATO, crucial for Western Europe’s defense. He believes that climate change is a major threat to national defense.

Mattis is also in favor of the mutual defense with Japan. Mattis liked to inspect the front lines firsthand and more than once a Marine found that the general had dove on top of them to avoid incoming fire.

Mattis, a native of rural Washington state, came into the Marine Corps as a member of the naval ROTC in 1972. His reading of history is so extensive that he believes every contemporary battle has already been fought sometime in the past. All he has to do is identify which battle in history is being repeated and he will know the outcome.

One has to be an avid historian just to be following what he is saying. In the course of an hour and a half, I strained to recall references to Xenophon, Von Clausewitz, Bismarck, Napoleon, Patton, and the Battle of Fallen Timbers. The Persians clearly blew it at the Battle of Thermopylae in 480 BC.

Mattis supports the “two-state solution” for Israel, arguing that west bank settlement are a threat to peace. He didn’t believe that the Iran Nuclear deal was a perfect agreement, but thought it was a mistake for Trump to tear it up. Mattis has never been married, devoting his entire life to the Marine Corps.

As our meeting came to an end, there were even a few comments about him making a future run for the presidency, which he laughed off. As I walked out, I thought, “Wow, they certainly don’t make them like that anymore.”

Jim Mattis is two years older than me. 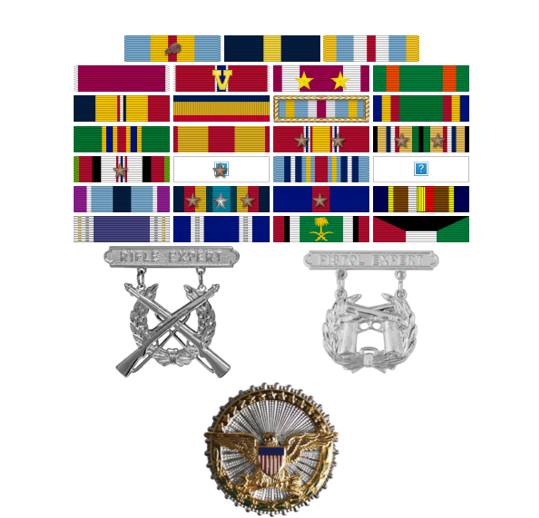 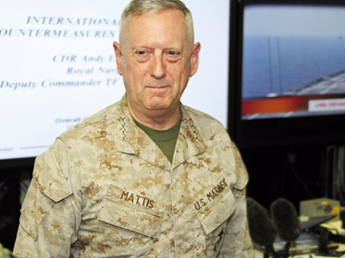