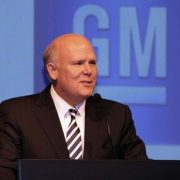 Yesterday, the auto industry announced blowout sales figures for February which came in at an eye popping SAAR of 17 million units. We are now within a hairs breadth of the peak last during the salad days of 2001-2002.

It all provides more evidence the ultra bull scenario for the rest of 2015, which has the economy growing a 3% annualized rate during the final three quarters of the year. The stock market should follow, especially the shares of General Motors (GM), which are clearly breaking out to the upside, targeting the low $40?s.

It looks like the controversial ignition disaster is now fully priced into the shares. The only remaining question is which low level subordinate will go to jail over this. The cost to the firm will be a pittance.

Technically, the current GM is not liable for these transgressions. That belongs to the old, bankrupt GM. But I expect the company will do the right thing and settle with the aggrieved plaintiffs to maintain the image of their brand, if nothing else.

So I though it would be timely to review my last interview of the CEO of General Motors, Dan Akerson, who, sadly, recently retired for health reasons. He was replaced by the new litigation target du jour, GM child, Mary T. Barra.

Long-term readers of this letter are well aware of my antipathy towards General Motors (GM). For decades, the company turned a deaf ear to customer complaints about shoddy, uncompetitive products, arcane management practices, entitled dealers, and a totally inward looking view of the world that was rapidly globalizing.

It was like watching a close friend kill himself through chronic alcoholism.

During this time, Japan?s share of the US car market rose from 1% to 42%. The only surprise when the inevitable bankruptcy came was that it took so long. This was traumatic for me personally, since for the first 30 years of my life General Motors was the largest company in the world.

Their elegant headquarters building in Detroit was widely viewed as the high temple of capitalism. I was raised to believe that what was good for GM was good for the country. Oops!

I opposed the bailout because it interfered with creative destruction, something America does better than anyone else, and gives us a huge competitive advantage in the international marketplace. Probably 10% of the listed companies in Japan are zombies that should have been killed off 20 years ago. Without GM a large part of the US car industry would have moved to California and gone hybrid or electric.

When an opportunity arose to spend a few hours with the new CEO, Dan Akerson, I gratefully accepted. After all, he wasn?t responsible for past sins, and I thought I might gain some insights into the new GM.

Besides, he was a native of the Golden State and a graduate in nuclear engineering from the Naval Academy at Annapolis and the London School of Economics. How bad could he be?
When I shook hands, I remarked that his lapel pin looked like the hood ornament on my dad?s old car, a Buick Oldsmobile. He noticeably winced. So to give the guy a break, I asked him about the company?s outlook.
Last year was the best in the 105-year history of the company. It is now the world?s largest car company, with the biggest market share. The 40-mpg Chevy Cruze is the number one selling sub compact in the US. GM competed in no less than 117 countries, and was a leader in the fastest growing emerging market, China.

I asked how a private equity guy from the Carlyle Group was fitting in on the GM board. He responded that all of the Big Three Detroit automakers were being run by ?non-car guys? now, and they generated profits for the first time in 20 years.

However, it was not without its culture clashes. When he publicly admitted that he believed in global warming, he was severely chastised by other board members. He wasn?t following the official playbook.
When I started carping about the bailout, he cut me right off at the knees. Liquidation would have been a deathblow for the Midwestern economy, killing 1 million jobs, and saddling the government with $23 billion in pension fund obligations.

It also would have deprived the Treasury Department of $135 billion in annual tax revenues. It was inevitable that in the last election year the company became a political punching bag. Akerson said that he was still a Republican, but just.
GM?s Chevy Volt is so efficient, running off a 16kWh lithium ion battery charge for the first 25-50 miles that many are still driving around with the original tank of gas they were delivered with a year ago.

Extreme crash testing by the government and the bad press that followed forced a relaunch of the brand. Despite this, I often get emails from readers saying they love the car.
The summer production halt says more about GM?s more efficient inventory management than it does about the hybrid car. GM?s recent investment in California based Envia Systems should succeed in increasing battery energy densities threefold.

However the Volt is just a bridge technology to the Holy Grail, hydrogen fuel cell powered cars, which will start to go mainstream in four years. These cars burn hydrogen, emit water, and cost about $300,000 a unit to produce now. By 2017, GM hopes to make it available as a $30,000 option for the Chevy Aveo.
Another bridge technology will be natural gas powered conventional piston engines. These take advantage of the new glut of this simple molecule and its 80% price discount per BTU compared to gasoline.

The company announced a dual gas tank pickup truck that can use either gasoline or compressed gas. Cheap compressors that enable home gas refueling are also on the horizon. Fleet sales will be the initial target.
Massive overcapacity in Europe will continue to be a huge headache for the global industry. There are just too many carmakers there, with Germany, England, Italy, France, and Sweden each carrying multiple manufacturers.

Governments would rather bail them out to save jobs and protect entrenched unions than allow market forces to work their magic. GM lost $700 million on its European operations last year, and Akerson doesn?t see that improving now that the continent is clearly moving into recession.
I asked if GM stock was cheap, given the dismal performance since the IPO. It is still just above the $33/share launch price. Now that the government has unloaded its shareholding the way for further appreciation should be clear.

Also, the old bondholders once owned substantial numbers of shares and were selling into every rally, holding back the stock price. That overhead supply now appears to be gone.
Akerson said that a cultural change had been crucial in the revival of the new GM. Last year, the Feds announced an increase in mileage standards from 25 to 55 mpg by 2025. Instead of lawyering up for a prolonged fight to dilute or eliminate the new rules, as it might have done in the past, it is working with the appropriate agencies to meet these targets.
Finally, I asked Akerson what went through his head when the top job at GM was offered him at the height of the crisis. Were they crazy, insane, delusional, or all the above? He confessed that it offered him the management challenge of a generation and that he had to rise to it. 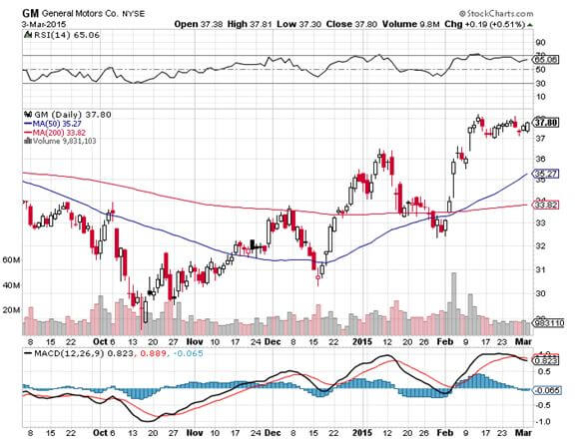 Shifting GM from This?. 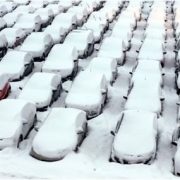 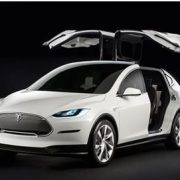 Tesla Takes Off the Gloves

The Market Leadership Change Has Begun

Why There is No Bubble in Stocks
Scroll to top