Q: Are we headed for a worldwide depression with today’s crash and interest rates?

A: No, I think the interest rates are more of an anomaly unique to the bond market. There is a global cash glut all around the world and all that money is pouring into bonds—not for any kind of return, but as a parking place to avoid the next recession. The economic data is actually stronger than usual for pre-recession indicators. US interest rates going to zero is just a matter of coming in line with the rest of the world. Three to six months from now we may get our final bear market and recession indicators.

Q: Do you think the market has more downside?

A: Yes; if the 200-day moving average for the (SPY) doesn’t hold, then you’re really looking at a potential 20% correction, not the 8% correction we have seen so far.

Q: Which sector would you focus on for any dips?

A: Technology (XLK). If they lead the downturn, they’re going to lead the upturn too. It’s the only place where you have consistent earnings growth going out many years. You’re really all looking for an opportunity to go back into Tech, but the answer is a firm not yet.

A: Only if you can take some pain. We’re way overdue for a correction on essentially everything—stocks, bonds, gold, commodities—and when we get it, you can get a real snapback on all these prices. The time to enter gold trade was really a month ago before we took off, and I’ve been bullish on gold all year. So, I think you kind of missed the entry point for gold just like you missed the entry point for shorts on the stock market last week. You only want to be selling decent rallies now. You don’t want to be selling into a hole that makes the risk/reward no good.

Q: What can you say about the (FXA) (the Australian dollar)?

A: It’s holding up surprisingly well given the carnage seen in the rest of the financial markets. I want to stand aside until we get some stability, at which point I think (FXA) will pop up back to the $71 level. New Zealand cutting their rates by 50 basis points really came out of the blue and could eventually feed into a weaker Aussie.

Q: Do you think China (FXI) has no reason to make a trade deal until the US elections?

A: Absolutely not; and this puts a spotlight on the administration’s total inexperience in dealing with China. I could have told you on day one: there’s no way they’re going to settle. Pride is a major factor in China. They have long memories of the opium wars and all the abuses they received at the hands of the western powers and are highly sensitive to any kind of foreign abuse. If you want to get the opposite of a settlement, do exactly what Trump is doing. The administration’s policy has no chance of accomplishing anything. He’s willing to take a lot more pain in the stock market until he gets a deal and that’s bad for all of us.

Q: How does the extra 10% tariff affect the market?

A: Think of everything you’re buying for Christmas; the price goes up 10%. That’s the effect, and it completely wipes out any earnings the retail industry might have had. It’s only bad. We are suffering less harm than China in the trade war, but we are suffering, nonetheless.

Q: Do you think volatility will spike soon?

A: It may very well have already spiked. I don’t think we’ll get a spike as high as in past selloffs because there’s a big short volatility industry that has come back. Any moves more than $30, you have short sellers come in there very quickly to hammer things back down. Also (VIX) isn’t necessarily something you want to be buying after the stock market has already dropped 8%. That train has left the station.

Q: Would a weaker dollar benefit the US economy?

A: Yes; it makes our exports cheaper on the global market. However, if the rest of the world is weakening their currencies as well, it will have no effect. Also, the last time this kind of currency war was attempted was in the early 1930s, and the outcome was the Great Depression.

A: In this kind of market, I’ve never been a big fan of defensive stocks like utilities or healthcare because defensive stocks go down in bear markets, just at a slower rate than growth stocks because they never went up in the first place. The best defensive stock is cash.

Q: If US interest rates are going to zero, how about buying leaps on (TLT)?

A: Multi-year highs is just not leap buying territory. Multiyear lows are where you buy LEAPS, which are Long Term Equity Participation Certificates. They are basically long-dated 1-2-year call options on stocks that are rising over the long term. The better trade—when we get to zero interest rates and it becomes impossible for rates to go any lower—would be to do a reverse leap. If (TLT) goes up to $200, I would do something like a $150-$160 on the put side betting that sometime over the next 2 years, interest rates go back up again and bonds go down. Too late for LEAPS on bonds, too early for LEAPS on equities.

Q: Do you buy out of the money LEAPS?

Q: Is crude oil (USO) going to $25 on a barrel global slowdown fears?

A: I think you need an actual recession to go down to $25; in the current environment, $42 is a nice target. The basic problem is global structural oversupply and falling demand, which is a classically unfortunate combination for prices.

Q: When will interest rates go to zero?

A: Sooner than later, I would say. My original guess was sometime next year but at the rate we’re going, we could be there by the end of the year.

Q: Would you get involved in natural gas (UNG)?

A: Absolutely not; this is the high season for natural gas right now when summer air conditioner use creates peak demand. It certainly has been hot this summer, especially on a global basis, and if you can’t rally natural gas in this environment you never will. There is also a huge contango in (UNG) which most people can’t beat. 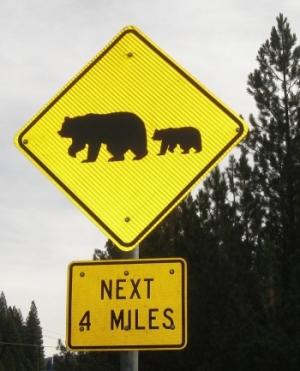 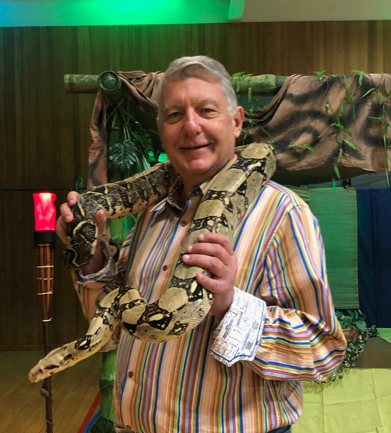 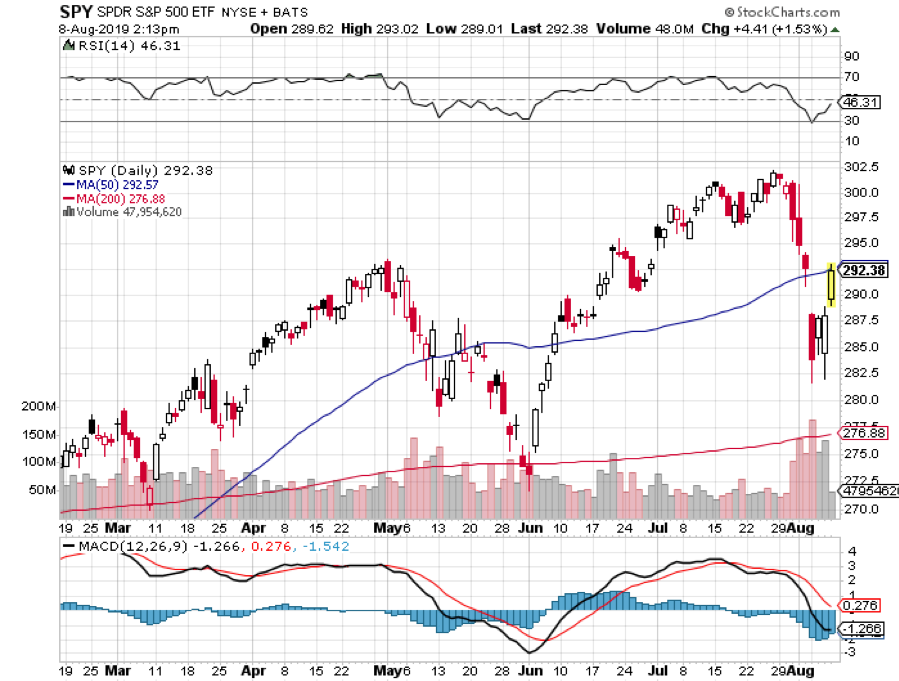 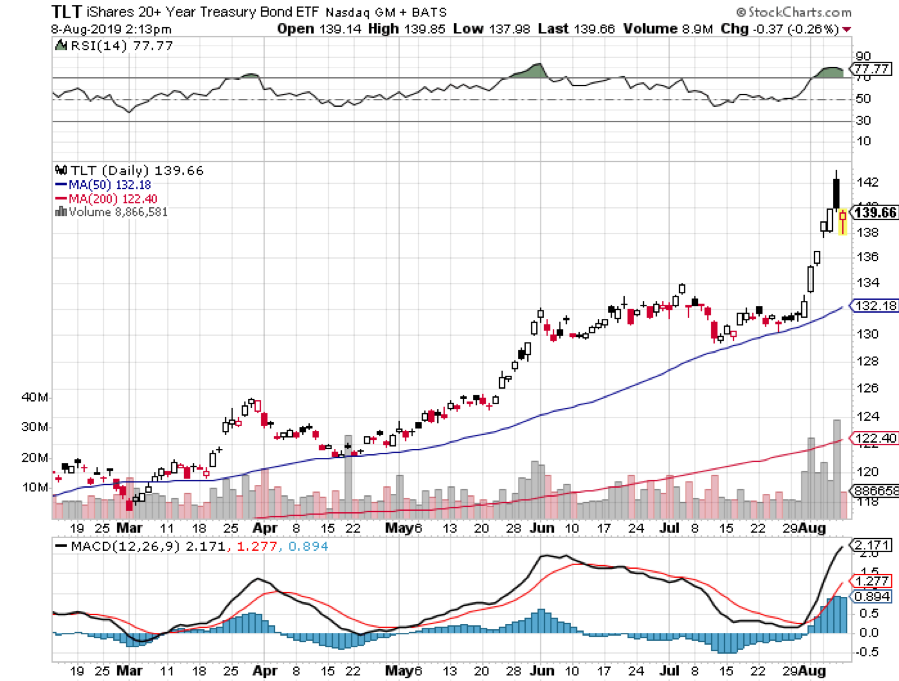 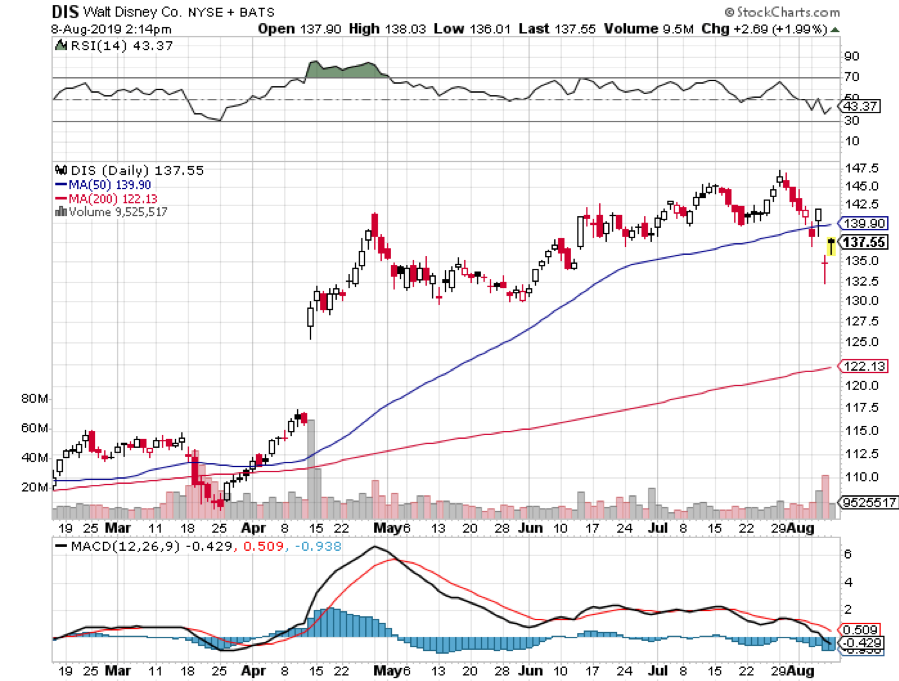 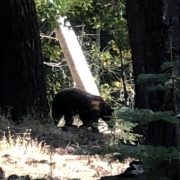