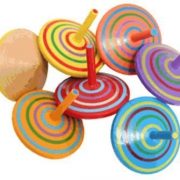 Winter is definitely over here in Incline Village, Nevada. When I started my daily ten-mile hikes from the Tunnel Creek Caf? ten days ago, I had to don snowshoes in the parking lot. Yesterday, I had to climb for two hours to find snow at 8,000 feet.

It?s definitely time to put my winter equipment into storage. The aspen trees are budding and yellow crocuses are breaking out all over.

That was also the conclusion of the killer April nonfarm payroll report, which brought in an eye popping 288,000. March was revised up from 192,000 to 203,000. Even more stunning was the plunge in the headline unemployment rate from 6.7% to 6.3%. It was a perfect number. Almost. We?re almost back to normal again.

I thought we were home free on our iShares Barclay 20+ Year Treasury Bond Fund (TLT) May, 2014 $113-$116 in-the-money bear put spread.
The blockbuster release should have driven a stake through the heard of the bond market.

And fall it did?.for about 15 minutes. Then news of the White House press conference announcing a further ratcheting up of tensions with Russia over the Ukraine triggered one of those rip your face off short covering rallies that have become so common this year. Prices for the (TLT) jumped to new 2014 highs, just short of our near short strike at $113. Stocks sagged.

If you had a mole at the Department of Labor who leaked to you the April nonfarm payroll a day in advance, you would have loaded the boat with long stock/short bond positions. Instead, we got the opposite. Welcome to a trader?s dull, brutish, and short life in 2014.

Throw bad news on the market, and if it fails to go down, you buy the heck out of it. That is a valuable lesson that I have learned over the decades, and I think it applied to the Treasury (TLT) bond market on Friday.

This was not weekend I wanted to go into short of bonds so close to the money. Putin is on a roll and appears to be willing to toss the dice once again. Now, he?s calling for a United Nations Security Council Meeting. Better to talk than shoot, I always say. It?s cheaper. I?ve tried both, and definitely prefer the latter.

If there has been another valuable lesson this year, it has been to keep positions small, and stop out of losers fast. So, as much as I hate to, I pulled the ripcord on my short, taking another nick on my performance this year.

?Markets can remain irrational longer than you can remain liquid,? said the great economist and primordial hedge fund trader, John Maynard Keynes. So true, so true.

The goal here is to maintain iron discipline in risk control and be the last man still standing when trading conditions improve and markets become easy again later this year. Until then, I?ll be engaging in small, short term opportunistic trades. I?ll also be doing a ton of deep research, building short lists of positions to Hoover up when life gets better.

Mind you, yields at these levels make absolutely no sense. They are predicting that deflation is now a permanent aspect of our lives. (To understand how that might be possible, read my interview in tomorrow?s letter with Google engineering director, Ray Kurzweil). Bonds are also shouting at us that we will remain stuck at a subpar 2% economic growth rate for years to come.

The inverse of bad news is also true. If you shower good news on a stock market and it fails to rise, you sell it. This suggests that a big dump in stocks is imminent, which is long overdue.

The markets certainly think this. Take a look at the chart below showing the ?spinning tops? in the S&P 500 in recent days, where shares trade across a wide range, but remain unchanged on the day. So named because the bar looks like a child?s toy, a spinning top suggests indecision among investors and a possible coming selloff. This is what happened in the beginning of March and April, opening the way for drops of 50 and 85 (SPY) handles.

This means that the ?head and shoulders? scenario I talked about a week ago is still on the table (click here for the article ?Watch Out for the Head and Shoulders?). That?s why I quickly knocked out a (SPY) June $193-$196 put spread.

In the meantime the media deluge for the upcoming midterm elections has already started, which are still five months away. Nevada governor Brian Sandoval is basing his entire campaign on his failed attempt to stop Obamacare in the courts. It is a strategy that will be repeated across the Midwest this year.

It sounds like this will be a good summer to stay out of the country. Sell in May and go away? 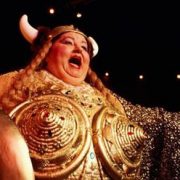 Now the Fat Lady is REALLY Singing for the Bond Market