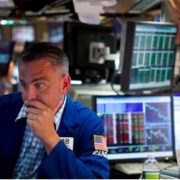 Throw bad news on the market, and if it fails to go down, you buy the heck out of it. That is a valuable lesson that I have learned over the decades, and I think it applies to the Treasury (TLT) bond market today.

The killer April nonfarm payroll bringing in 288,000 jobs should have driven a stake through the heart of the bond market. Even more stunning was the plunge in the headline unemployment rate from 6.7% to 6.3%. We?re almost back to normal again. I thought we were home free on our iShares Barclay 20+ Year Treasury Bond Fund (TLT) May, 2014 $113-$116 in-the-money bear put spread.

And fall it did?.for about 15 minutes. Then news of the White House press conference announcing a further ratcheting up of tensions in the Ukraine triggered one of those rip your face off short covering rallies that have become common this year, taking prices for the (TLT) to new 2014 highs just short of our near short strike at $113.

This is not the weekend I want to go into short of bonds so close to the money. Putin is on a roll and appears to be willing to roll the dice once again. Now, he?s calling for a United Nations Security Council Meeting. Better to talk than shoot, I always say. It?s cheaper.

If there has been another valuable lesson this year, it has been to keep positions small, and stop out of losers fast. So, as much as I hate to, I am pulling the ripcord. ?Markets can remain irrational longer than you remain liquid,? said the great economist and hedge fund trader, John Maynard Keynes. So true, so true.

The goal here is to maintain iron discipline in risk control, and be the last man still standing when trading conditions improve and markets become easy again.

Mind you, yields at these levels make absolutely no sense here. They are predicting that deflation is here to stay. They think that we will remain stuck at a subpar 2% economic growth rate.

They are also forecasting that a stock market correction is imminent. A big dump in stocks here, which is long overdue, could quickly add another couple of points to the (TLT). This is another reason to bail on bonds shorts. That?s also why I just knocked out a (SPY) June $193-$196 put spread.