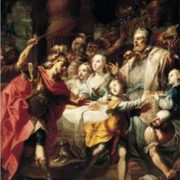 When the Dow crashed 500 points in a single day a few years ago, the market lost a staggering $850 billion in market capitalization.

High-frequency traders were possibly responsible for half of this move but generated a mere $65 million in profits, some 7/1,000 of a percent of the total loss.

Are market authorities and regulators being penny-wise but pound-foolish?

The carnage the HF traders are causing is triggering a rising cry from market participants to ban the despised strategy.

Many are calling for the return of the “short sale test tick rule”, or SEC Rule 17 CFR 240.10a-1, otherwise known as the “uptick rule” which permits traders to execute short sales only if the previous trade caused an uptick in prices.

The rule was created after the 1929 crash to prevent the sort of cascading, snowballing selling that we are seeing today. It was repealed on July 6, 2007. Check out a chart of the volatility that ensued and it will make your hair on the back of your neck rise.

Those unfamiliar with how algorithmic trading works see it as something akin to illegal front-running.

“Co-location” of mainframes with exchange computers, or having them in adjacent rooms, gives them another headstart over the rest of us.

Much of the trading sees HF traders battling each other and involves what used to be called “spoofing”, the placing of large, out-of-the-market orders with no intention of execution.

Needless to say, if you or I tried any of these shenanigans, the SEC would lock us up in the can so fast it would make your head spin.

Many accuse exchange authorities of a conflict of interest, allowing members to reap sizeable custody fees from HF traders, while the rest of us get taken to the cleaners.

Co-location fees run in the hundreds of thousands of dollars per customer per month. This is happening while traditional revenue sources, like proprietary trading, are disappearing, thanks to Dodd-Frank.

There is absolutely no doubt that the volatility is driving the retail investor from the market. People are just too scared to trade.

In fact, HF trading has been around since the nineties, back when the uptick rule was still in place and co-location was a term out of Star Trek. But it was small potatoes then, confined to a few niche players like Renaissance, and certainly lacked the firepower to engineer 500-point market swings.

The big problem with this solution is that HF trading now account for up to 70% of the daily trading volume. Ban them, and the market volatility will shrink back to double digit trading ranges that will put us all asleep.

The diminished liquidity might make it difficult for the 800-pound gorillas of the market, like Fidelity and CALPERS, to execute trades, further frightening end investors from equities.

Is it possible that we have become so addicted to the crack cocaine the HF traders provide us that we can’t live without it? 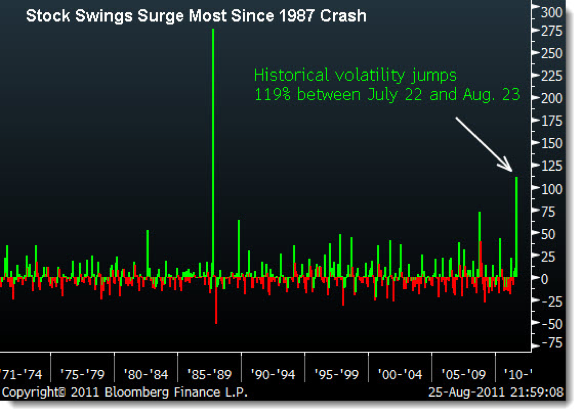 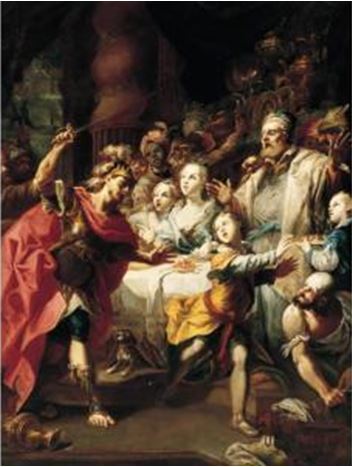 HF Traders Are Driving Individual Investors Out of the Market