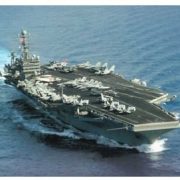 I?ll never forget the last time I was in Cyprus. I landed my twin Cessna 340 and asked for a fill up, hoping to make it back to Rome in one hop. An hour later, a truck dumped three 45-gallon drums of 100LL avgas on the tarmac with a hand pump, and asked to be paid in US dollars, cash.

When I asked how to get the fuel into the plane, the driver responded with a rotating motion with his hand, which I initially took to be an obscene gesture. In all, it took me about three hours to hand pump 135 gallons of fuel in the 90 degree heart. I vowed never to return.

I bet there were a lot of traders who wish they never heard of Cyprus this morning. Last night, news that the government there was imposing huge fees on all bank accounts to avoid a default heralded the second black swan of 2013. This triggered bank runs, caused global stock prices to collapse, sent Treasury bonds soaring, and cratered Dow futures as much as 155 points. The fees amounted to 6.75% for accounts under ?100,000, 10% on accounts from ?100,000 to ?500,000, and 15% for those over ?500,000. All of the country?s banks are closed until Thursday. Yikes!

Cyprus has long been the chancre sore of the international banking system, acting as the low-end, no questions asked, money laundering place of choice for decades. Their history of hiding assets for the Russian nobility goes back the czarist period. The money there was so dirty, I refused to accept any investors in my hedge fund with this home address. Mention a Cypriot connection with any financial transaction here in the US, and bankers have a heart attack.

Guess where the Cypriot banks invested a major portion of their deposits over the last several years? Greece, where there has been a major haircut on valuations imposed by the European Central Bank. Relations between the two countries go back 5,000 years. In fact, some of the Greeks returning from the successful sack of Troy in 800 BC were blown off course and ended up in Cyprus. Hence, the current crisis.

The is the second time this year that a foreign black swan flew over and pooped on our markets at home, first from Italy, and now Cyprus. The financial media seems to love throwing gasoline on the fire, predicting that debacles in Europe are a precursor to Armageddon at home, unless we immediately abandon our wicked socialist ways. Every dummy out there unloaded shares on these headlines, which in fact, turned out to be great long side entry points on every occasion.

The reality is that the goings on in Cyprus are so insignificant as to not even move the needle outside of their three-mile limit. Its $24.7 billion GDP ranks it smaller than any US state, and about on par with the city of San Diego, yet, they have been able to attract $65 billion in foreign bank deposits. Most of the deposits about to be assessed there belong to the Russian mafia. Other than raising goats, growing olives, and a few topless beaches, there is not a lot going on there. The bottom-line for we law abiding taxpayers here: who cares?

There is no doubt that the markets stateside were begging for a correction, and Cyprus looks like it is going to give us one. Too bad I dumped my 70% long exposure on Friday and went into Sunday night net short. But don?t expect this to last for more than a couple of days or for a couple of hundred Dow points. Buy the dip.

Guess what?s on the top of everyone?s ?BUY? list? Apple! For more on Steve Jobs? creation, click here for ?Has Apple hit Bottom?.? What are they selling to get there? Google.

My last trip to Cyprus got even worse. To enjoy the scenery, I flew across the Mediterranean at 500 feet and 220 kts. An hour out of Larnaca airport, an American F-16 fighter flew alongside of me and then edged closer, to just 10 feet off of my port wingtip. Then a second joined on the starboard side, and a third on my tail. I held up my New York Yankees baseball cap, to no avail. Finally, I hit the panic button I dialed in 122.50 MHz on the radio and put out a ?Mayday? call.

The British army base in Cyprus picked me up. He referred me to a US helicopter at an undisclosed location. Then a southern drawl came on the air and I asked what the hell was going on. Right then, through the heavy haze, I spotted the answer. A huge American aircraft carrier surrounded by 30 support ships was cruising into the wind. I had inadvertently flown a course that took me on a straight line from Lebanon, where terrorist attacks against US troops were occurring daily, to the heart of the American fleet.

?Don?t worry,? the radioman said. ?They?re just a little pissed off that you violated their restricted airspace.?

?Where is their restricted air space?? I asked.?

As I passed over the carrier, I saw their deck was a hive of activity, with several jets getting refueled and rearmed. My three jets peeled away and disappeared.

Like I said, I?m not going back to Cyprus anytime soon. 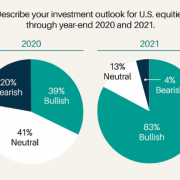 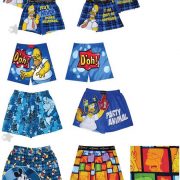 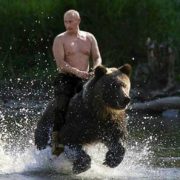 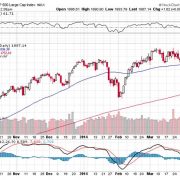