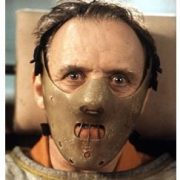 Many hedge fund traders are unhappy about the current near monopoly enjoyed by the top three ETF issuers, Black Rock, State Street, and Vanguard, which control 80% of the market. At last count more than 1,300 ETF?s were capitalized at more than $1.4 trillion. The result has been grasping management fees, exorbitant expense ratios, and poor structural designs, which create massive tracking error.

The good news is that new entrants are flooding into the ETF space, and the heightened competition they are bringing will help curtail the worst of these abuses. This development will accelerate the demise of the bloated and arthritic mutual fund industry, whose end has been a long time in coming. Not only will management fees and expense ratios plunge, there will be a far broader range of offerings, as new funds are launched from a diverse range of institutions coming from differing areas of expertise. Failure to enter the newly lucrative ETF market by the remaining giants sitting on the sidelines means that their existing mutual fund businesses will be cannibalized.

Look no further than bond giant PIMCO, which CAME out with a plethora of fixed income related funds, Van Eck?s expanding list of ETF?s for commodities, and the even growing list of inverse and leveraged inverse ETF?s presented by ProShares. The bottom line will be that lower costs and tighter spreads will leave more profits on the table for the rest of us.

The Mutual Fund Industry is Getting Cannibalized

Buy Stocks on the Cyprus Dip
Scroll to top